McLaren's criticism of Honda ramped up at the last grand prix in Canada, where Fernando Alonso's engine failure three laps from the chequered flag - which robbed the team of its first point in 2017 - was the latest in a string of breakdowns.

CEO Zak Brown has said McLaren has alternative plans in mind for 2018 if Honda's struggles continue, with rumours suggesting it could switch back to Mercedes power, which it last ran in 2014.

Mercedes currently supplies engines to Force India and Williams alongside its works outfit, with its F1 boss Toto Wolff saying during this week's FIA Sport Conference in Geneva that Mercedes has the capacity to supply a fourth team next year.

When asked if Mercedes was open to supplying McLaren in 2018, Wolff said: "This is not our priority at the moment.

"First we would like to see Honda and McLaren sorting out their relationship."

He added: "There's quite some momentum in the market at the moment, which we watch from the sidelines.

"This is a position we have put ourselves in because the most important thing is that Honda performs, stays in the sport and has a good deal with its customer teams or works teams.

"We wouldn't want to interfere at that stage, that is our priority." 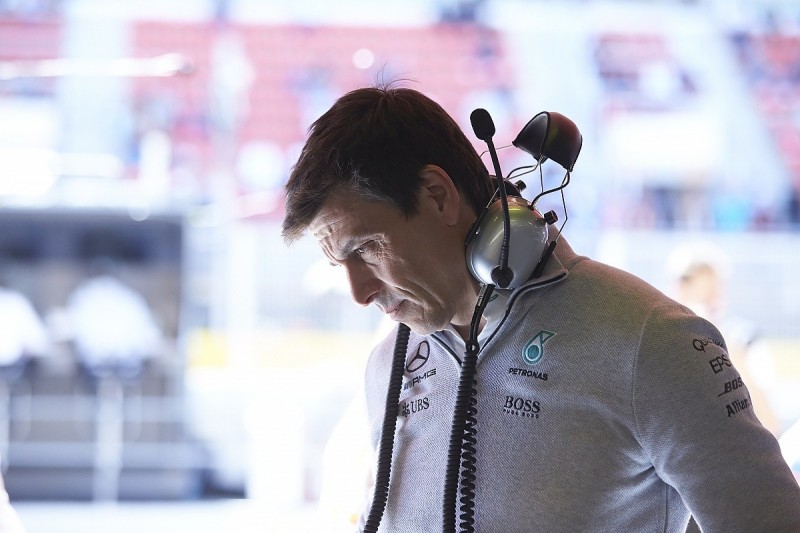 Asked if McLaren was talking to Mercedes about a supply, Wolff replied: "If you are being considered as the new bride you want the couple to divorce first before you jump into the bed."

Wolff said F1 was in a "very fortunate" situation with four "premium" engine manufacturers currently involved and that it was important Honda, which will also supply Sauber next year, stayed in the championship.

"The main priority is for Honda to stay in the sport and for Honda to have a functioning relationship with its customers," he said.

"That's why at the moment we do not wish to dive into this topic."