Mercedes concedes there are still "question marks" about the performance of its W08 Formula 1 car, despite a dominant one-two finish in the Canadian Grand Prix

After struggling during the Monaco weekend, work at its factory helped Mercedes unlock a better set-up for Montreal, and Lewis Hamilton produced his best performance of the F1 season so far to win from pole.

Team-mate Valtteri Bottas finished second as Mercedes reclaimed the lead of the constructors' championship, and Hamilton slashed the championship lead of Sebastian Vettel - delayed by early front-wing damage - to 12 points.

However, motorsport boss Toto Wolff acknowledges that Mercedes does not yet have all of the answers with its 2017 challenger, highlighting Saturday's qualifying session as an example.

"Although they had really similar set-ups, Lewis's grip level was increasing through the qualifying sessions, and Valtteri's were decreasing," Wolff said.

"And for no obvious reasons to us.

"These are the little question marks that remain and we have to get on top of it."

Bottas ultimately qualified 0.718 seconds off Hamilton, the biggest margin between the pair all year. 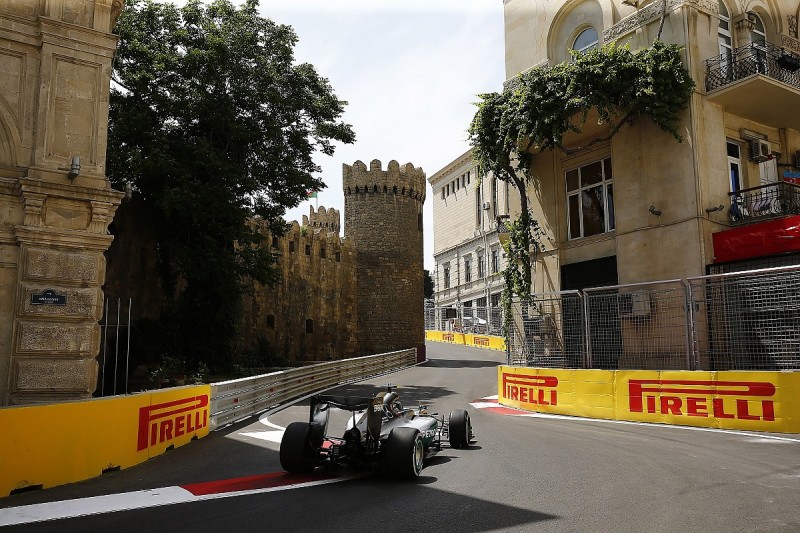 Mercedes feels the next race in Baku later this month - won by world champion Nico Rosberg last year - could be a tough one, with the tight and twisty section of the street circuit not ideal for its long-wheelbase car.

Wolff said Mercedes would study how it managed to get things right in Montreal, to hopefully allow it to take the fight to Ferrari again.

"It will be another challenging situation," he said.

"Last year it was a difficult race, completely different, and at the moment we need to stay race-by-race, stay in the same calm mode we are and collect points.

"We had it in Monte Carlo and Ferrari had it Canada. It is just about limiting those.

"The more data you collect, the more you understand. We have seen it in last year, we grew stronger every year and this is not an instinct business, this is a scientific business.

"I think every mile we drive is going to make us perform better, and hopefully good enough to compete for the championship."