Russell's first day at the Hungaroring was compromised by a gearbox problem but he hit back with a 103-lap Wednesday and beat Ferrari's Kimi Raikkonen to top spot.

Raikkonen led the way in the morning before he and Russell traded fastest times at the beginning of the afternoon.

But the Mercedes driver was able to improve again on hypersofts to a 1m15.575s to edge Antonio Giovinazzi's Tuesday benchmark by less than a tenth.

Raikkonen appeared at the very end on hypersofts but fell 0.074s short of Russell with his last-gasp effort.

Jake Dennis made it a brace of Award winners in the top three. 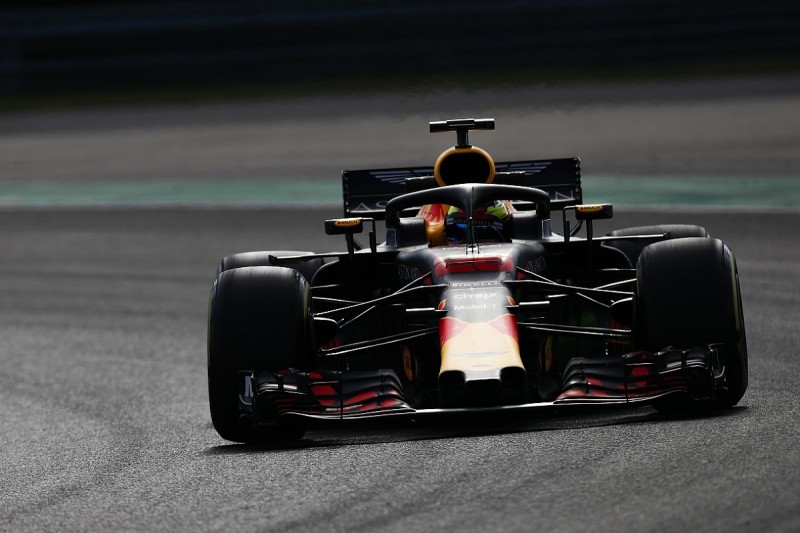 Giovinazzi completed his two days of testing in fourth place, having swapped Ferrari's SF71H for Sauber's C37 on Wednesday.

The Italian posted a 1m17.558s on hypersoft tyres, more than half a second quicker than regular Sauber driver Marcus Ericsson managed the day before.

Nikita Mazepin took the undesirable honour of causing red flags either side of lunch, but shot up to fifth with a flying lap on hypersofts right at the end of the day.

After stopping midway through the first session, the GP3 race winner finally emerged an hour and a half into the afternoon's running.

He got down to a 1m18.732s on hypersofts but then stopped on track again, this time on the exit of Turn 13 and in sight of the pitlane with a small amount of smoke coming from the rear of his car.

He emerged in the last 20 minutes to vault up the order, with his final improvement coming inside the final five minutes and leaving him on a 1m17.748s.

Robert Kubica did not improve on the time that put him second-fastest in the morning, and thus fell to sixth in the final standings. The Pole's morning effort of 1m8.451s on ultrasofts was faster than the best Williams time in FP3 last Saturday.

Lando Norris was seventh-fastest based on a 1m18.472s set in the final 15 minutes on softs, having avoided serious performance runs.

The McLaren reserve was followed by Renault driver Artem Markelov, who enjoyed multiple hypersoft runs in the afternoon and worked his way up to sixth place, ending up 2.9s off the pace after two late improvements.

Toro Rosso trio Sean Gelael, Pierre Gasly and Brendon Hartley ended up at the foot of the times.

Gasly and Hartly were conducting Pirelli tyre testing and were four seconds slower, with Gelael focusing on the team's own programme and 3.4s off the pace.