Mercedes has admitted that failing to slash the deficit to Formula 1 rivals Red Bull and Ferrari is a "huge annoyance".

The German manufacturer has endured a frustrating start to the 2022 campaign, with its W13 being held back by extreme porpoising.

But while it has made some good progress in curing the phenomenon, a more difficult Monaco Grand Prix weekend has highlighted that it still is not fully on top of the car.

Team boss Toto Wolff says that while the W13 is showing some improvement, he thinks it is far from ideal that they still appear to be no closer in pace terms to the front.

"I think we are the third team," he said. "We're not second and we're not fourth. We have two extremely strong drivers, but it is a huge annoyance for all of us that that the gap is about the same.

He added: "I think we're learning at the moment at every track. Literally every kilometre that we're doing is an important lesson on how we can improve the car, to be honest.

"But we just need to get out of this no man's land in which we are at the moment." 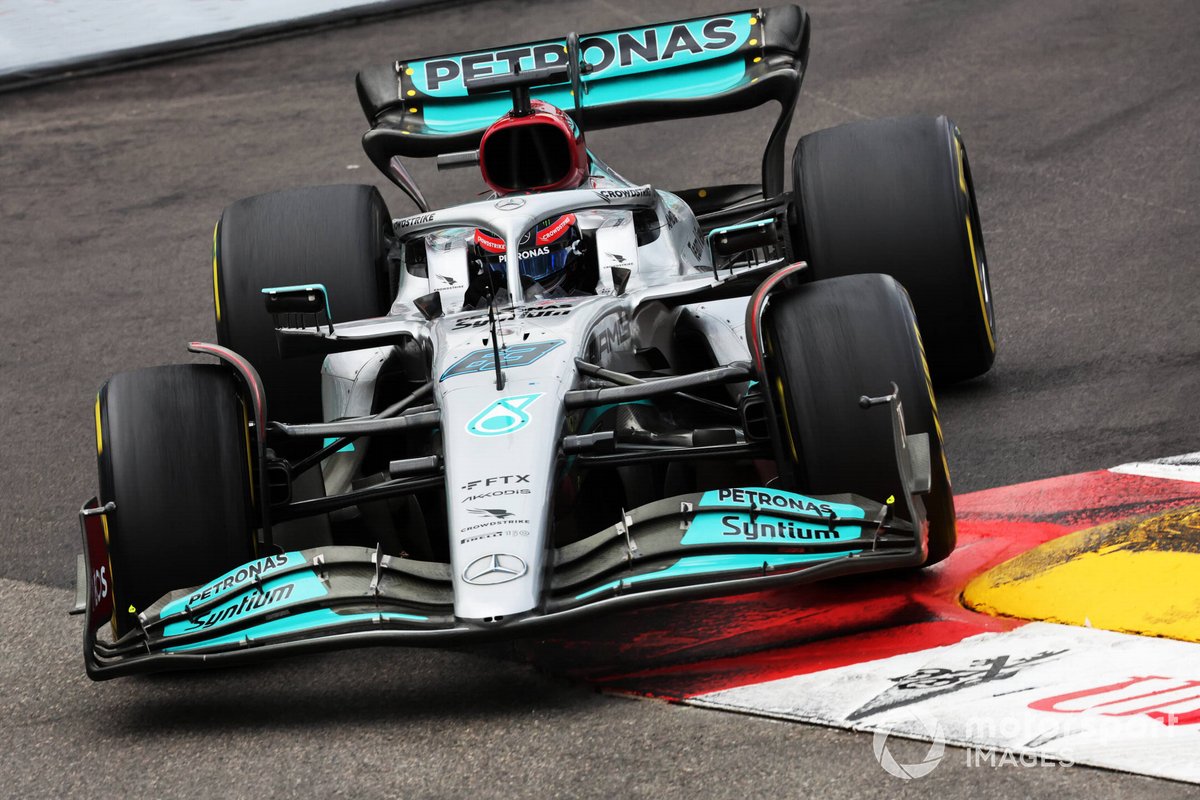 Mercedes had questioned its zero-pod concept in recent weeks, but the form it showed at the Spanish GP appears to have ended debate over the matter for the immediate future.

Wolff said the focus now was on fully extracting the potential it believes it has in its car, but reckons that there will come a point where it may have to make bolder choices for 2023 if things do not improve.

Asked by Autosport if Mercedes was now fully committed to its concept in to 2023, Wolff said: "If you want to change concept, you need to understand what's going to make a new concept faster than the current one. And I think if he would have known, we would have done it.

"At the moment it is still very much believing in the structure and organisation, and trying to bring development and understanding in order to increase the pace of the car.

"I think we just need to continue to just grind away and then, if decisions for next year need to be taken that can't be changed on the current car, whether it's architecture or aerodynamically, then yeah, these decisions need to happen. But we're not at that point yet."