Mercedes boss Toto Wolff insists that there is nothing sacred on its Formula 1 car that will not be changed for 2023 if it cannot get on top of its current W13 concept.

The Brackley-based squad endured another challenging weekend in Baku as both Lewis Hamilton and George Russell battled the excessive porpoising that has blighted it all season.

While it remains hopeful it can unlock the inherent performance it believes its current W13 has to help it fight Red Bull and Ferrari, Wolff says that wider scale revisions could be on the cards for 2023 if things do not improve soon.

Asked by Autosport if the team was focused only on improving the current car, or was now switching attention to sorting things for next year, Wolff said: “I think we are looking at all possible solutions under the leadership of Mike Elliot.

“He's a really strong technical director, and there are no holy cows. Everything is being looked at and we will for sure bring the car back on track.

“If things cannot be solved in the short term, because they're conceptual, then they will be sorted out over the next few months.”

While Mercedes has not maintained recently the level of form it showed with improvements at the Spanish GP, Wolff insists that the team is moving forwards in terms of its understanding of what has gone wrong.

However, he says it still needs to work out exactly what action is needed to take with the W13 to overcome its problems.

That is why it is continuing with the kind of experiments that Hamilton conducted in Baku and which left him exposed to his back taking a beating.

“I think we know what the root cause of our lack of performance is, but we don't have the answers yet of what the best solution will be,” said Wolff.

“This is what we are experimenting with at the moment. I still think there's a short term fix that's making us much more competitive, but it might not explain everything. I'd like to get the car in the right position for the second half of the year and also for next year. The learning is more key than short-term optimisation for the weekend.” 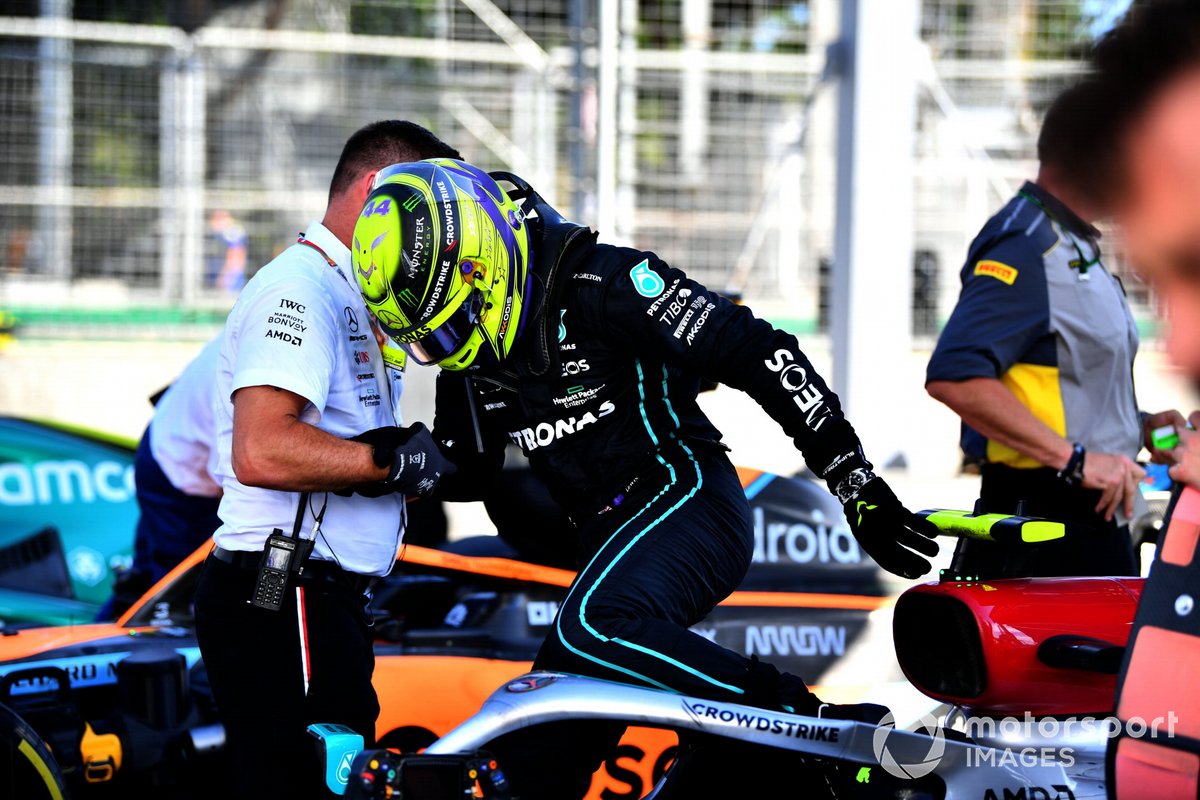 Lewis Hamilton suffered severe back pain in the Baku race.

Wolff reckons that the strong showing it had at the Spanish Grand Prix shows it can have good performances at smooth tracks with no kerb riding.

That is why he says this weekend’s Canadian GP – at the bumpy Circuit Gilles Villeneuve where drivers have to abuse kerbs – will be a good opportunity to explore its weak areas.

“I think we made a really good step in Barcelona for a circuit that is with a smooth surface,” he said. “So less bumps, we're fine.

“I think we have a good car and we were able to unlock the performance in the race, but in qualifying we were lacking a bit.

“That's easy to explain, because we've had now two months that we were trying to solve the porpoising and not being able to add baseline performance, and that bites us a bit.

10 things we learned at the 2022 Azerbaijan Grand Prix

Plus
Plus
Formula 1 53 min
Jonathan Noble