The mistakes Mercedes made in the Monaco Grand Prix has shown Red Bull why it needs to keep piling the pressure on its Formula 1 title rival.

Max Verstappen’s victory in Monte Carlo, with Lewis Hamilton coming home seventh, has blown open the championship battle with the Dutchman moving to the top of the standings.

And on a weekend where Red Bull got everything right, Mercedes had a more troubled time.

Hamilton got stuck in traffic behind Pierre Gasly, and a failed undercut strategy allowed both Sebastian Vettel and Sergio Perez to jump him in the pit stops.

Plus, Valtteri Bottas was forced to retire from the race when a tyre change went wrong and the front right wheel nut could not be removed from his car.

Red Bull motorsport advisor Helmut Marko reckons that the mistakes Mercedes made has shown it can be toppled – and that his team cannot ease off in its attack.

Reflecting on Mercedes’ race to Sky Germany, Marko said: “I was surprised that Hamilton drove more or less without a fight behind Gasly. And then they pitted Bottas as well.

“It shows when the pressure is there, you make mistakes. But that also means we have to keep up the pressure and put as much pressure as possible on both cars.

“And now a third brand is added too, with Ferrari. It’s very good for the spectators, even harder work for us.” 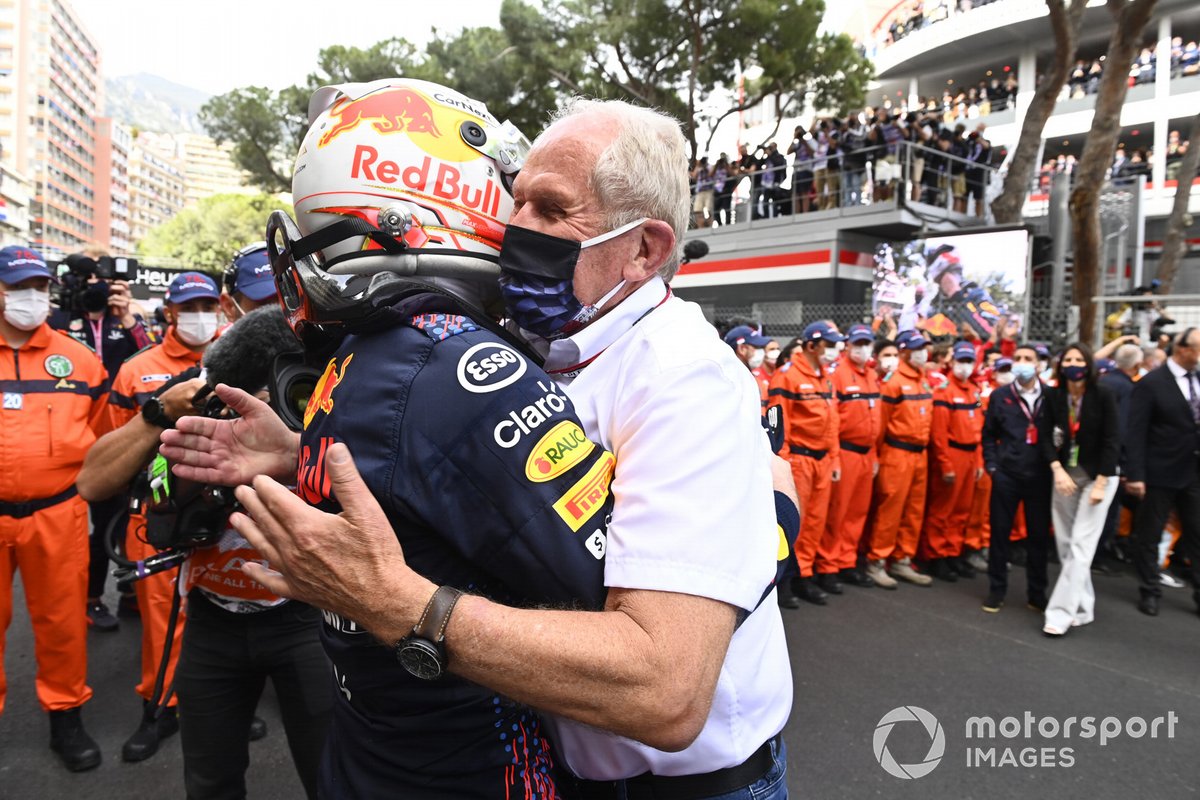 Red Bull team boss Christian Horner said it was vital for his team to have delivered a strong result in Monaco on a weekend when Mercedes was not as its best.

“As a team, we've done that, and we leave here leading both championships for the first time in the hybrid era. So, that's really encouraging.

“But nobody's getting carried away. There's still an awfully long way to go in this championship. But to be as close as we are at this stage is very encouraging.”

Horner reckoned that key for his team now was simply keeping in the title fight until the closing stages of the season, when things would get more intense.

“We've just got to keep in striking distance until the back end of the championship, and that's where the pressure really comes,” he said.

“At the moment, you're in that situation where you're running through the races, and it's important to be reliable, consistent, and not lose too much ground.”