Vettel finished runner-up to Mercedes' Lewis Hamilton in the world championship after several high-profile mistakes and Ferrari's own struggles led to him being defeated for a second year in a row.

Lauda, speaking to La Gazzetta dello Sport in his first interview since the lung transplant that saved his life, backed Vettel to emerge as a major threat to Hamilton in 2019 and revealed he received a handwritten note from Vettel while in hospital.

"The letter written by Sebastian, in his own hand, was a great pleasure for me, full of fine words and affectionate considerations," Lauda said.

"I didn't expect it, usually drivers don't do these things, they just drive. But he's a good person.

"He has had moments of discouragement, we know, but it would be absurd to question him.

"He will recover, a champion will not forget how to drive.

"He'll come back strong as ever and he'll still be Hamilton's rival in 2019."

He had surgery at Austria's AKH Vienna hospital at the start of August having fallen ill while on holiday in Ibiza.

That meant Lauda - normally a GP regular in his Mercedes role - was unable to follow Hamilton's post-summer break charge to the title trackside, but Lauda said he watched the races in hospital.

"I didn't miss a single grand prix, even though I was in the company of so many IV [therapy utensils]," he said.

"I watched all the races, called the pits on the weekends, and they always told me what was going on. 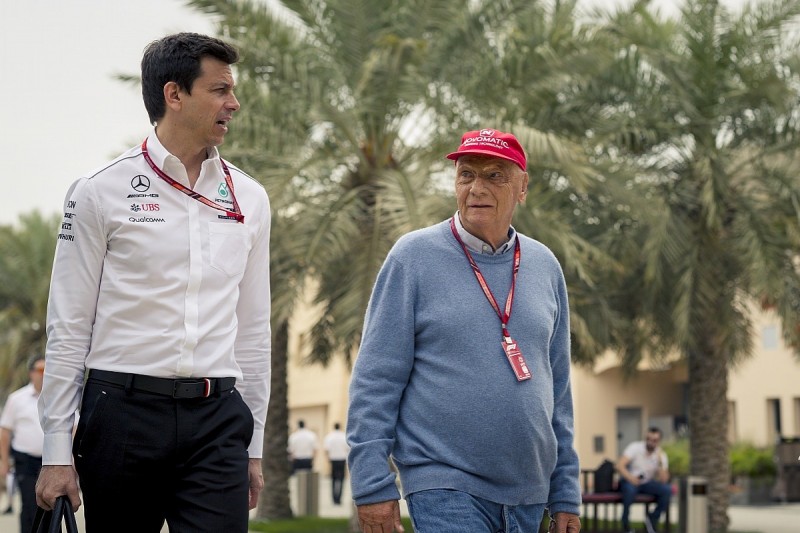 "It was like being on the edge of the track with the others.

"I have to say that I, once again, discovered the warmth of the people I've been working with for years."

Lauda said he will spend Christmas with his family in Ibiza after being released, but is undergoing six hours of training a day and is accompanied by two full-time trainers.

The Austrian added that he was "never afraid" while in hospital because he was in the hands of specialists.

"I knew it would be hard, very hard," he said. "In such conditions I could only do one thing: fight.

"I did it for every moment, I'm still doing it."

Lauda added: "Being within my walls is something else. The air here is cleaner, the climate is not as bad as in Austria.

"In a month, they told me, I should be fully fit and ready to start again.

"I'll follow the grands prix as before. Why not?"

Podcast: How Autosport's top 50 drivers of 2018 ranking was decided