Mercedes had "no choice" but to pit Valtteri Bottas first and spark the early stops that ultimately cost Lewis Hamilton in his fight against Formula 1 rival Max Verstappen.

But it was third-placed Bottas who was the first to pit at the end of Lap 17, moving from the medium to the hard-compound tyre.

Red Bull responded by bringing Verstappen in one lap later, with the powerful undercut allowing the Dutchman to jump Hamilton, who waited until Lap 19 to pit.

Red Bull made use of Verstappen's track position to switch him to a two-stop strategy later in the stint, forcing Hamilton to stick to a one-stop.

Verstappen was able to pass for the lead with fresher tyres on the penultimate lap, clinching the race victory and extending his championship lead in the process. 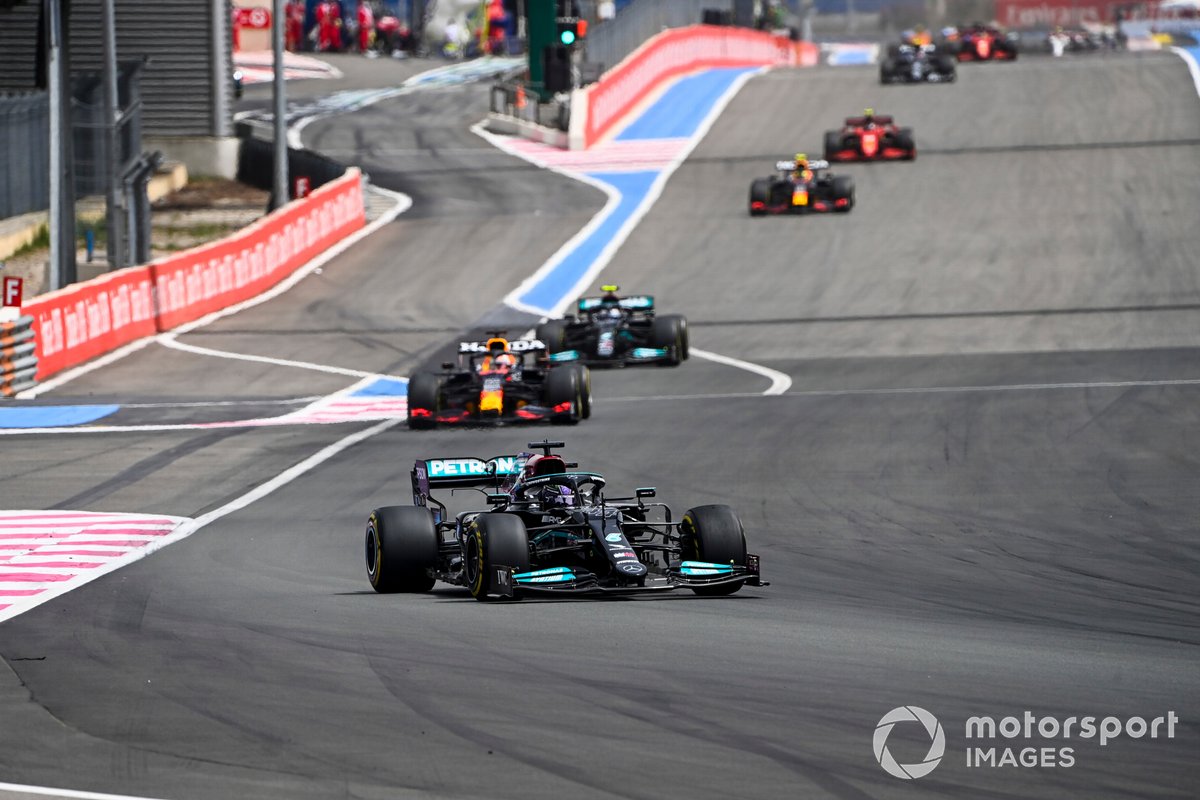 "Valtteri's tyre had started to have a vibration, and towards the end, we were really worried the vibration came through the suspension already.

"He could have had a failure at any time, because he flat-spotted the tyres.

"We knew that we were going to trigger the stops too early, but [we had] no choice."

Hamilton was left confused after the race why he had lost track position to Verstappen at the first round of pit stops, only to be told it was because the overcut had been so powerful.

Mercedes strategy chief James Vowles was heard talking to Hamilton on team radio after the race, saying: "This one's on us. Thank you for doing everything you could to recover that race."

Wolff felt that Hamilton would have been safe with an extra one-second gap to Verstappen in the first stint.

"It went back and forwards," Wolff said. "We were in the lead, because Max made the mistake, so that was a bit inherited.

"Then our pace was good. I think probably maybe a little bit of a margin, even, but then we had just about three seconds gap for the undercut, to protect the undercut.

"But it wasn't enough. We're lacking a second, and somewhere we lost it."