Mercedes ran 1-2 through most of the race at the Bahrain International Circuit as COVID-positive Lewis Hamilton's stand-in George Russell led from Valtteri Bottas, only for a safety car to prompt the team to try and double-stack its cars.

But a radio issue meant Russell's side of the garage did not hear the call to say he was pitting, resulting in the wrong tyres being taken to his car.

Russell's car was fitted with Bottas's front-axle tyres, meaning Mercedes had to re-fit Bottas's car with his old hard tyres after keeping him stationary for 27 seconds.

It left Bottas struggling through the final stint as he slumped to eighth place, finishing ahead of Russell in ninth after the British driver suffered a late puncture.

PLUS: The F1 sanity that left Russell with some Sakhir solace

Mercedes said shortly after the race that it would work to put fixes in place, with team principal Toto Wolff confirming on Friday that they had already been implemented ahead of the Abu Dhabi season finale.

"It's always painful when you learn on the job, and this is going to make us better like the many times that we fell on our nose," Wolff told Sky Sports F1.

"We had just an intercom loophole, the channels were overlapping themselves, and the guys on George's side didn't hear that he was coming in. 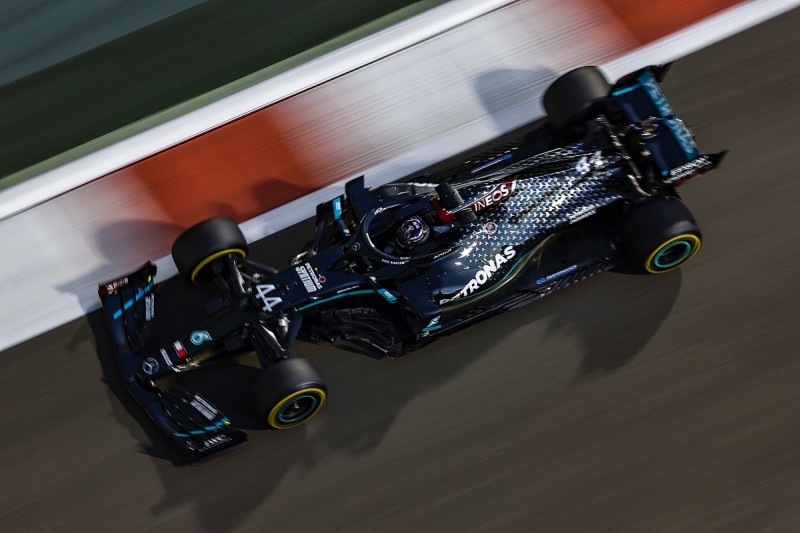 "We fixed that now. We even put some additional back-up measures in place.

"It's not going to happen again."

After Red Bull's Max Verstappen set the fastest FP1 time in Abu Dhabi, Mercedes was able to respond in second practice by taking a 1-2 finish, led by Valtteri Bottas.

Hamilton returned to the cockpit of his Mercedes W11 after returning negative COVID tests, but appeared to have an issue at the end of the session when he could not pull out of his pit box.

Wolff explained this was related to a clutch issue, but that a new feature on the Mercedes car ensured Hamilton could restart it manually.

"We had a clutch issue, and then the car wouldn't restart," Wolff said.

"He reset it and was able to restart. It's something we've been looking for for a while. Many other manufacturers can do that."