The world champion had just moved into position to retake the lead of the Azerbaijan Grand Prix at the race’s second standing start following Max Verstappen’s tyre-failure induced crash.

As he braked just in front of eventual winner Sergio Perez, Hamilton’s left-front wheel locked heavily and he had to take to the run-off area beyond the Baku track’s first corner, falling to the rear of the pack, where he finished.

Hamilton quickly suspected he had somehow reactivated the ‘brake magic’ system Mercedes employs to help its drivers generate tyre temperature ahead of restarts and standing starts.

The team later confirmed he had “just clipped the magic button" as he "swerved" past Perez off the line, per Mercedes' technology director Mike Elliott, and Hamilton revealed that the Black Arrows squad has now made a modification to its steering wheels ahead of this weekend’s French GP.

“We haven't moved it, [but] we've just put a shroud around it just to make sure that you can't, I can't, accidentally touch it in future,” Hamilton explained.

“But that's for the short term.

“It's obviously the [steering] wheel, it's not so easy to change or to move buttons. It was all designed [a certain way]. So, we'll look for a longer term solution probably in the future.” 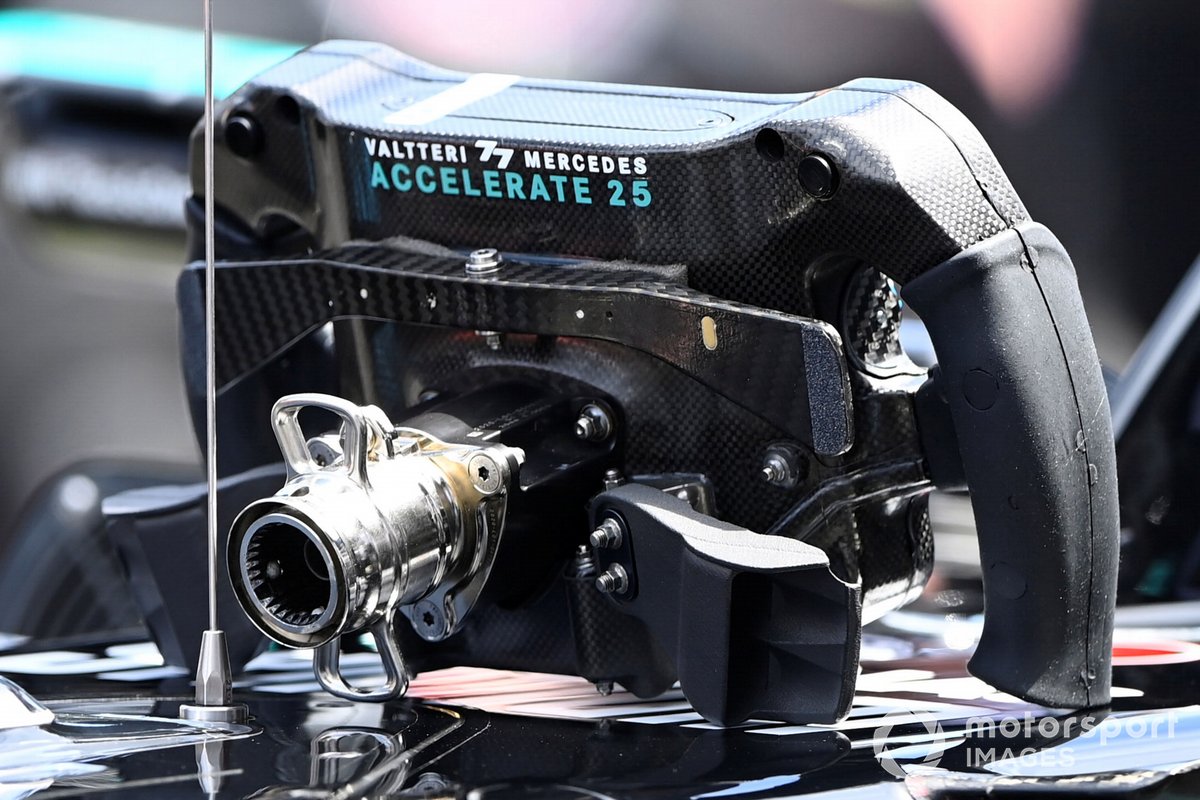 Hamilton also stated that he does not consider the restart incident in Baku, which cost him the chance to gain at least 18 points on the non-scoring Verstappen, to be his mistake.

“It definitely wasn't under pressure from Max!” Hamilton said of the incident, which occurred when Verstappen was in the Baku track’s medical centre for checks following his high-speed crash.

“And I don't even count it as a mistake. I don't know what the one before that was.

“But I don't feel any pressure, I feel pretty relaxed and can't always be perfect.

“A mistake is when you often drive off the track through your braking point or hitting the wall, but it wasn't one.

“It was a kind of an unforced error, but it's something that we had that was sitting there, that could have happened at any point.

“Unfortunately, it is pretty hard [what happened]. But we learn from the experience and we move forwards.”