Mercedes boss Toto Wolff says his team faces a "formidable" challenge to stay on top in Formula 1 this year, ahead of the "earthquake" of all new 2022 regulations

Mercedes is coming off the back of seven consecutive F1 title doubles, and is favourite for the campaign ahead with teams carrying over their cars for a second season.

But Wolff says that the difficulties of a cost cap, allied to the headache of preparing all new cars for 2021, means his team is bracing itself for a tough time.

"For us, it will be an interesting year, because we need to structure ourselves in a different way than we have done before, due to the cost cap," Wolff told Autosport about his thoughts for the campaign ahead.

"We are facing this formidable challenge of slightly tweaked 2021 regulations and a big earthquake of regulatory change for 2022."

"But overall, we embrace change and we've always done so in the past. So the organisation is very much looking forward into 2022."

While Mercedes has yet to finalise a new contract with Lewis Hamilton, one certainty it does have is that Wolff himself has committed to a new deal to remain as team principal for the next three years.

Wolff was always clear how committed he was to doing his best for Mercedes, even though he remains mindful about a succession plan at some point. 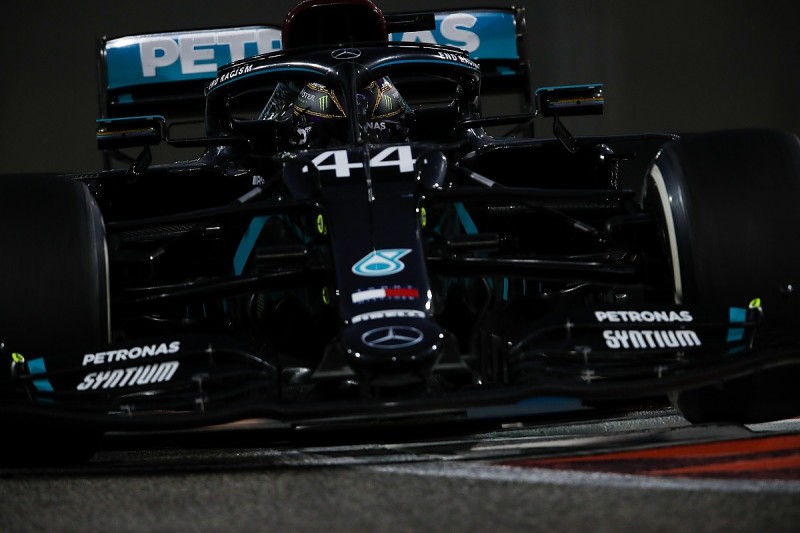 "I enjoy the connections that I have within the team, and as long as I think that I can contribute, this is my role," he said.

"But equally, I have to make sure that I'm not creating a bottleneck in the leadership of the team. And that is my responsibility for our employees, for Mercedes and for the shareholders of Mercedes GP: to look at the time where I can hand over the baton to someone that is better than me."

The delays in finalising the details of Wolff staying on board were caused by the arrival of INEOS as a team shareholder, with the ownership of the team getting revised.

In the end, the team has been split three ways between Mercedes parent company Daimler, INEOS and Wolff.

Asked about why it took so long for him to sort out a fresh deal with Daimler CEO Ola Kallenius, Wolff said: "My relationship with Ola, Daimler and the board and the various people that work for Daimler is as good as it can be.

"And we have a company that we jointly own.

"Looking into the future is not always as simple as just extending an employment contract, because it is about talking about the relationship among shareholders in the future. And that is something that takes time.

"In every other corporate structure or business, it doesn't go from one day to the other that you simply find a solution to every question around governance and future shareholding. So, it is the normal way of things."