Mercedes has offered a first glimpse of the updates that it hopes will move it closer to Red Bull in the fight for Formula 1 glory at the British Grand Prix.

With the German car manufacturer having not won since the Spanish Grand Prix back in May, it is keeping its fingers crossed that the developments will bring it a much-needed performance step.

For while main rival Red Bull has unleashed an aggressive aero upgrade programme on a race-by-race basis, Mercedes has instead been more conservative with its changes.

So far it had only made small adjustments to its floor and diffuser as part of a rectification programme, with a larger update package seemingly always their preferred route rather than trickling through smaller tweaks.

The team had openly spoken about a potential final development arriving at Silverstone, with the new designs spotted in the pitlane ahead of the British GP. 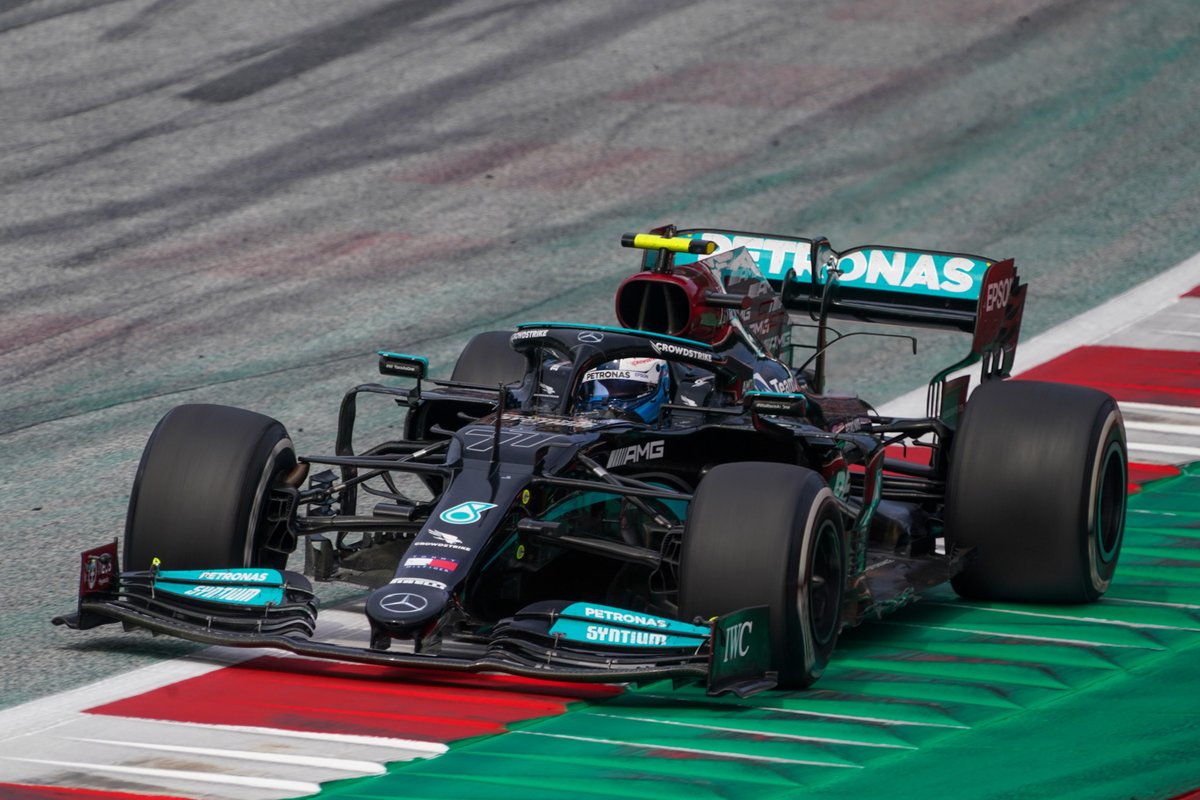 Rather than being visually dramatic, the changes are more nuanced – but could still play a role in helping better manage airflow.

The bargeboards and sidepod deflectors have been fettled in order that they work together more harmoniously, with the boomerang winglet now split into several layers.

The skyscraper deflector at the front has been cut down and the slats extended forward in order to coerce the airflow earlier than before, a design choice that we've seen many others take as they have optimised the area.

The two ‘r’ shaped vanes at the base of the sidepod deflector array have also been joined by a third, longer vane that sits beneath the main skyscraper deflector. This has also been disconnected from the sidepod wing, much like we see elsewhere up and down the grid, with the horizontal wing turned upward at its tip to invoke a specific flow structure.

Furthermore the ‘wavy’ floor edge has been reduced to just a single kink with the flap mounted behind converted into a two-piece arrangement.

Mercedes drivers both welcomed the efforts by Mercedes to improve its W12, but were not getting too carried in expecting a dramatic change in fortunes.

Lewis Hamilton said: “There's a lot of changes on the car but it's not a massive update in terms of the gap [to Red Bull] that we've seen in the races, but it definitely helps us in terms of closing that gap quickly.”

Asked about what sort of lap time gain the team was hoping from the changes, Valtteri Bottas said: “I can't put a direct number. It is nothing huge, it's nothing small. But we'll see, obviously already on Friday, when we find out how fast the cars are on a single lap.”