As frustrations grow that Mercedes will not approve a plan to allow limited in-season engine development for 2015, its main opposition has made clear that it cannot accept the situation longer term.

Ahead of next week's meetings of the Strategy Group and F1 Commission, rivals Red Bull and Ferrari have dropped a major hint that they may push for new rules for 2016 if they are restricted on what they can change next year.

"Maybe we need to even go as far as looking at a different engine - a new engine," he said.

"Maybe still a V6, but maybe a more simplified V6 that controls the cost - cost of development, cost of supply to a team and to the privateer teams.

"I think that's something we need to have a serious discussion about during the next Strategy Group."

Ferrari team principal Marco Mattiacci backed Horner's view that a more radical change to the engine rules may need to be considered for 2016, although he drew short of saying he would like to see an all-new engine.

"Definitely we need to look at something different for 2016," he said. 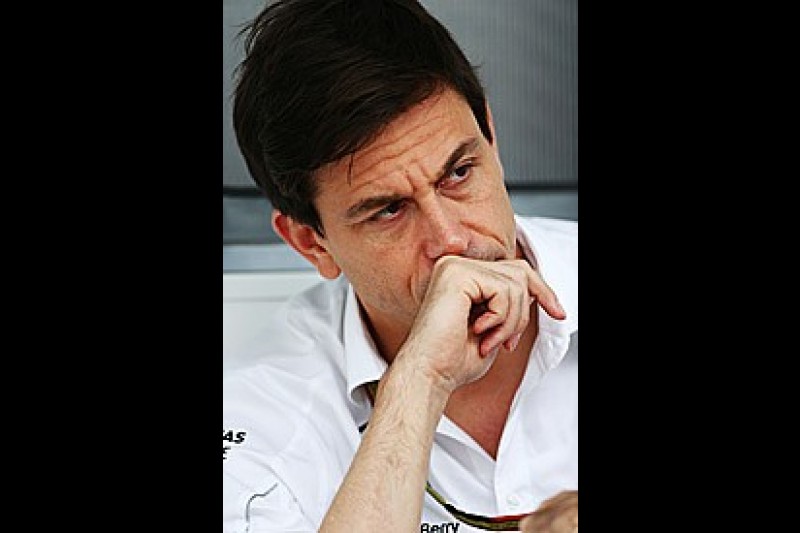 "In terms of power unit and in terms of regulation [for] 2015 it is clear we will have to - at the moment - accept the status quo.

"But definitely we are not going to accept the status quo for 2016."

DIGGING A GRAVE FOR F1

Mercedes-Benz motorsport boss Toto Wolff is well aware that his team's rivals could push for something radical for 2016, because only majority support among teams is needed to change the rules.

However, he believes that doing anything that dramatically increased engine costs could risk causing big damage to the sport.

"We are all talking about costs and, if you would open up the regulations in the way it has been described, that clearly means you don't care about costs," he said.

"That would be like digging a grave for Formula 1.

"We have spent considerable amounts in the development of the power unit... but I think we need to be sensible and we need to come up with solutions which enable the small teams to survive and which still enable the big teams to showcase the technology.

"Reversing everything, changing the format, changing the engines would just increase costs; it would be the opposite for what we need for Formula 1 at the current stage."