Wolff's apparent reaction to Rosberg making a mistake on lap 29 at Monza and going straight on at the first chicane prompted wild conspiracy theories that the German's actions were deliberate to allow Lewis Hamilton through.

But Wolff claims that the timing of the images - which were broadcast a few seconds after Rosberg went off the track - were confusing because they were a replay of a reaction that had been filmed before the incident.

"What is really crazy is that whoever picks that up [the smiling reaction] and tries to interpret in such a picture must be out of his mind," said Wolff. "It was not live.

"Whenever the camera is pointing on you, the signal comes later. It wasn't synchronised with the picture.

"It is like Big Brother is watching you. So I will hide in the engineer's office next time.

"There was a smile when the two [Hamilton and Rosberg] were close to each other. It was a 'here we go again, this is a close battle.'"

Wolff also said that the broadcasting of radio communication between the pits and Hamilton shortly before his attack on Rosberg had also not given a true picture of what was going on.

Broadcast messages indicated that Hamilton had been asked to back off and save his tyres for an attack in the closing stages.

But Hamilton appeared to ignore that and pushed straight away to close the gap, forcing the error from Rosberg a few laps later. 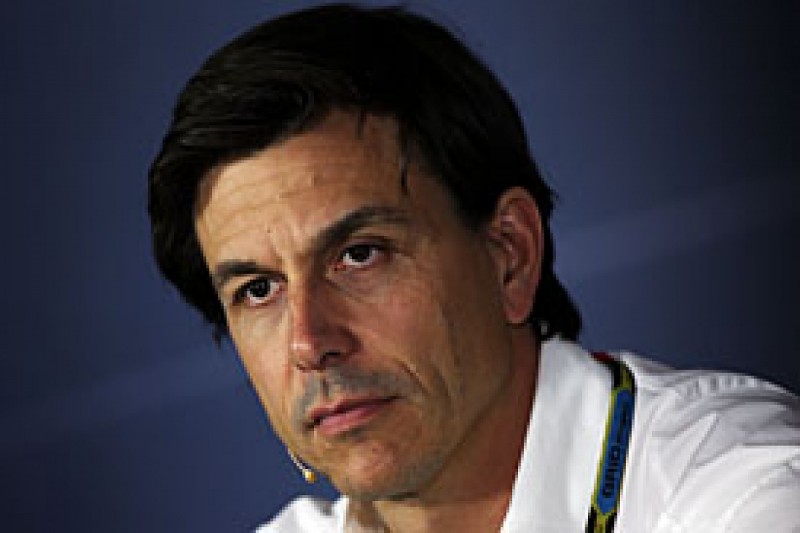 Wolff said that the real scenario was that after the message about saving tyres, there was further dialogue where it was agreed he should try to push immediately.

"Not all communication is being broadcast," he said.

"After the pitstop, the message was 'I think we should save the tyres on both cars and take it to the end and let them fight at the end'.

"But we changed the opinion because there was clearly a possibility for the driver who was following to overtake at the beginning of the stint and the end of the stint.

"So we came back with the message to the drivers that they were free to use whatever modes were available. It was according to plan."