Fernando Alonso is on Mercedes' list of candidates for 2016, AUTOSPORT has learned, but only if talks with Formula 1 championship leader Lewis Hamilton over a new contract break down

The Spaniard is facing a big decision over the next few months about which team to move to, having agreed with Ferrari to part company at the end of this season.

Although McLaren is interested in luring the former champion to lead it in its new Honda era next season, it knows it cannot offer any competitive guarantees.

With potential vacancies at current frontrunners Mercedes and Williams in 2016, Alonso faces a complicated situation.

McLaren is keen to lock him into a long-term deal of at least two years from 2015.

Accepting that, if there were no break clauses, would close him off to more competitive alternatives if Honda is not up to scratch immediately.

But if Alonso holds fire and even takes a sabbatical to try to be in a more advantageous situation for 2016, he risks being frozen out of the driver market entirely. 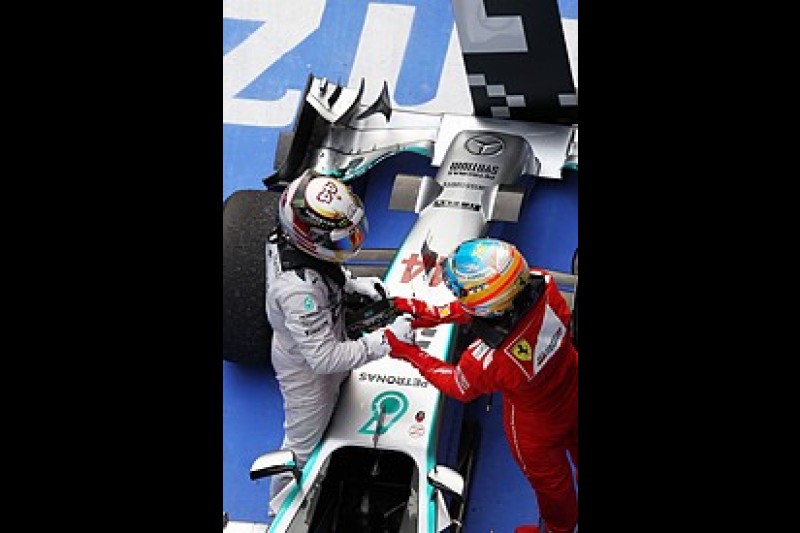 Should McLaren, Mercedes and Williams all agree contract extensions with their current drivers into 2016 and beyond, Alonso could be left with no chance of a comeback in a competitive car.

Hamilton has a deal in place with Mercedes for next season and the team has made clear several times that there is no intention of changing its driver line-up for 2015 despite recent tensions between the Briton and title rival Nico Rosberg.

Talks about extending Hamilton's contract for 2016 and beyond have been put back until the intensity of the championship fight is over.

Although both sides want to carry on together, it is not impossible that terms cannot be reached - especially because Hamilton would be targeted by other outfits as well.

Team sources suggest that in the event Hamilton does not stay, then Mercedes' aim is simply to get the best driver it can and that it therefore regards Alonso as an obvious candidate.

The team does not share Red Bull's opinion that Alonso can be a difficult personality to manage, and thinks it can control his political excesses to harness his great driving talent.

Speaking over the Japanese Grand Prix weekend, Mercedes motorsport boss Toto Wolff made clear that all drivers were on his team's radar.

"It is totally clear that every team and every driver has to optimise and try to get on top of such a situation," he said about the rapidly developing situation surrounding Alonso.

"At the moment, we are so happy with Nico and Lewis. We have a contract until the end of next year but there will be a situation where we are going to start thinking about what is going to happen next." 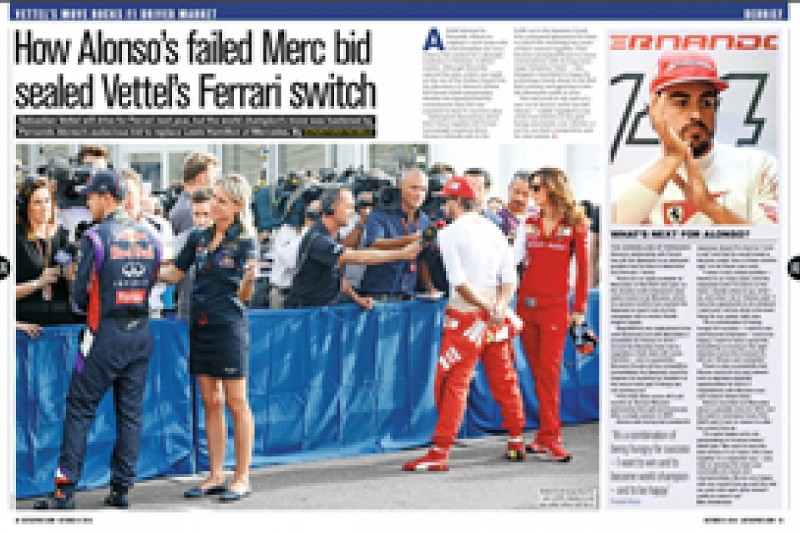 At Williams, where Alonso's long-time Renault ally Pat Symonds now holds a senior role, Valtteri Bottas's contract expires at the end of 2015 and the team holds an option on extending Felipe Massa's deal.