Mercedes will not buy Formula 1 drives for Esteban Ocon and George Russell because commercial factors outweigh its emotional attachment to those proteges, who risk being sidelined in 2019

Mercedes is also lacking opportunities to give Russell, the Formula 2 championship leader, his F1 debut.

While Red Bull invested in a junior team, Toro Rosso, to place its young talents and Ferrari has established a closer relationship with Sauber, Mercedes only has basic engine customer arrangements with Force India and Williams and those teams rely on drivers with funding.

Asked why Mercedes is not willing to pay for a seat, Mercedes team principal Toto Wolff explained: "Young drivers are very exciting. We all feel good about talent coming up and helping them and underdogs coming into Formula 1 and creating nice stories.

"We are all keen on finding the next superstar.

"But as Mercedes our core objective is to run our racing team and have the best possible driver in the car to win races and compete for championships.

"If you're lacking either a partner team like Red Bull has with Toro Rosso, or contractual relationships like Ferrari has with Sauber or Haas, then it's very difficult to find the right place for young drivers.

"99% of our resource, goes into running the team. The young drivers, beyond the emotional aspect, also needs to make commercial sense.

"But at a certain stage, if the business case doesn't make any sense, then this is not for us."

Wolff said it would be dangerous to "open the floodgates" to pay for young drivers to get into F1.

While all three of the junior drivers he named have benefitted significantly from their Mercedes ties, they have faced restrictions as well. 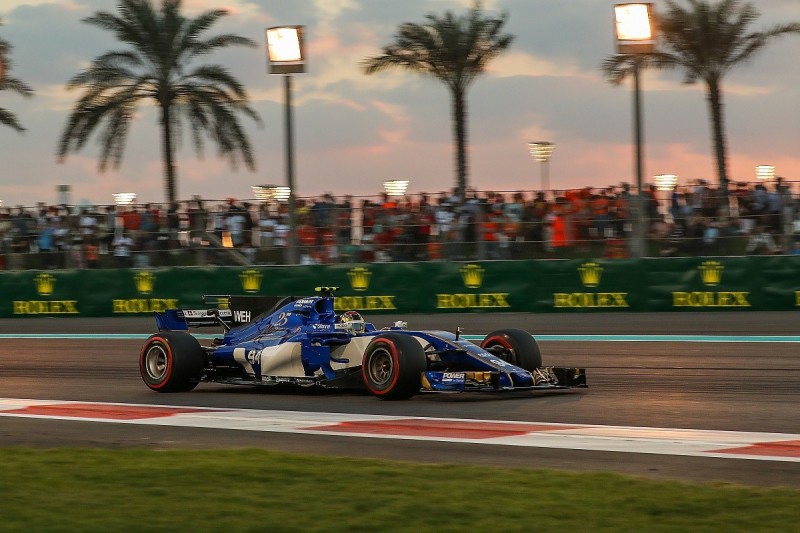 Wehrlein raced for Ferrari-powered Sauber in 2017 but lost his seat to Charles Leclerc for this season.

Multiple teams have ruled out signing Ocon while he remains a long-term Mercedes protege, while the same problem applies to Russell.

Wolff said Mercedes will not relinquish Ocon "in a million years" but has reiterated the prospect of its junior programme ending.

"We're coming to the point where we haven't got a junior team and if you're lacking possibilities to place them then you need to either think about reducing your driver programme and releasing somebody or changing the strategy," he said.

"We are at a crossroads. We're going to see how it pans out with George and Esteban and decide how we can continue."