Russell had led for much of the race on the Bahrain outer loop, but it all went wrong during a late safety car period that was called after Jack Aitken spun and hit the barriers at the final corner.

Mercedes called both Russell and team-mate Valtteri Bottas in to switch to medium tyres, but amid confused messaging to the pitcrew the wrong tyres were fitted.

The two front tyres put on Russell's car were from Bottas' set, which then forced the young Briton back to the pits a lap later to fit his proper tyres.

Mercedes pinned the error down to a problem with the team radio system, and it has subsequently emerged that the issue revolves around how messages from the drivers and pitwall are prioritised.

Andrew Shovlin, Mercedes' trackside engineering director, said the confusion was triggered by different conversations being broadcast when team and drivers were speaking at the same time.

"We haven't had enough time to get an absolute and thorough understanding of what went on, but we have found a smoking gun," he explained.

"That has to do with how the radio system prioritises messages. When for instance Ron [Meadows, sporting director] is calling out the crews and getting them to get the tyres ready for the two drivers, there were a number of broadcasts at that time on the radio system. 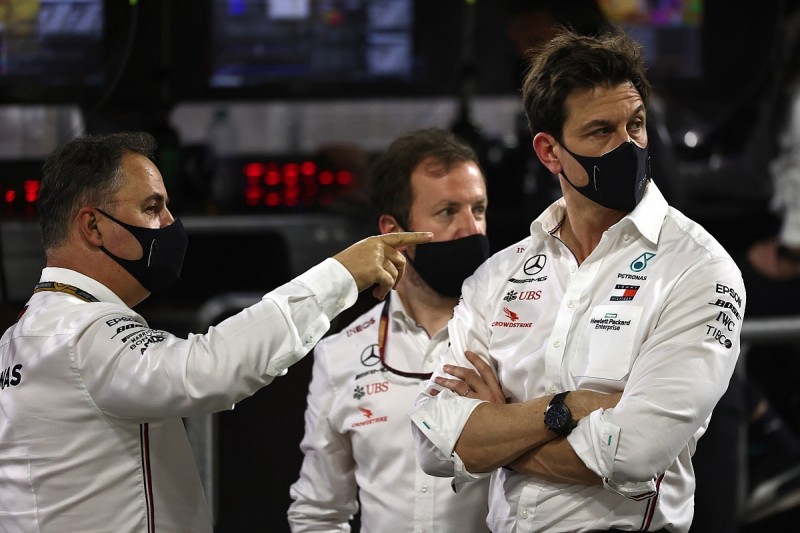 "The system knows to prioritise the messages coming from Ron, because the most important thing is the tyres are there: more so than whatever a driver says or whatever someone else in the crew might say.

"But it looks like there is a period whereby the system is deciding to let the prioritised message through, and we missed a key bit of the broadcast.

"[This meant] that half of the tyre collectors didn't get the message. And it looks like half of them did. Therefore we've got the cars coming in, and all the tyres are not ready in the pitlane."

Shovlin said that just by having half the pitcrew unaware of what tyres needed to be fitted was enough to trigger the chaotic scenes, as first Russell was sent out with the wrong front tyres, and then Bottas had to have his old set refitted because he didn't have any new ones available.

"Obviously it looks like a mess of us not really understanding what we're doing, but the issue all comes down to this sort of root cause where we lost a key message at a key point," he added.

"There was very little time between the safety car and George coming into the pits. We just need to go through all the logs of everything to see how that was working.

"And once we've got a complete understanding of that, and filled in a few of the blanks that we're not certain of at the moment, we can then look at a solution for the next race in Abu Dhabi." 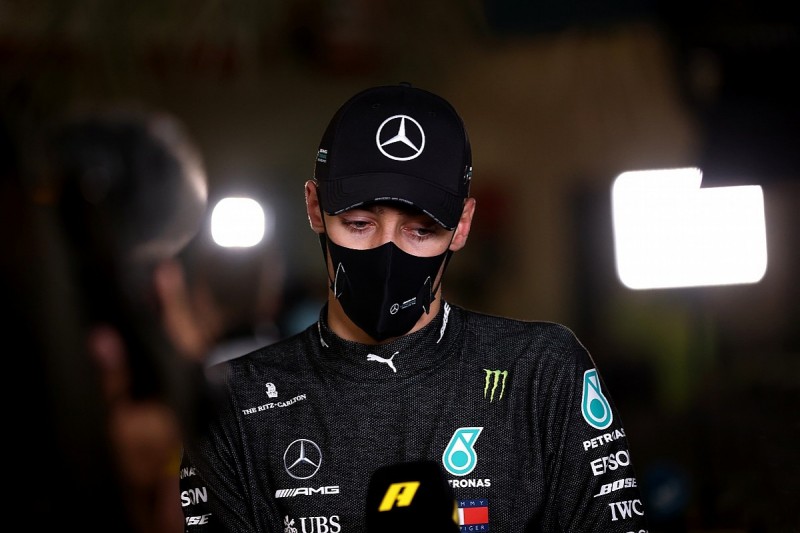 Shovlin said that the previously unseen issue with the radio was something that could have emerged at any point, but it was unlucky for Russell that it came at a crucial moment.

Wolff: Hamilton/Russell Mercedes F1 line-up could be "a wild ride"