Mercedes team principal Toto Wolff says the outfit's early gearbox issue on the opening day of Formula 1 pre-season testing “came out of nowhere” and is yet to be fully understood.

Mercedes suffered an early setback at the start of Friday’s running at the Bahrain International Circuit after a gearshift issue following an installation lap forced the team to complete a gearbox change on the W12 car.

Valtteri Bottas was able to get back out on-track for the final 35 minutes of the early session, ending with six laps on the board before handing the car over to team-mate Lewis Hamilton.

“It wasn’t a good start, because we had a gearbox issue that came out of nowhere that we haven’t yet been ready to identify and understand,” Wolff said.

“So I hope if we are able to have a smoother ride from here onwards, then I think we can recover.

“If we have more stumbling blocks, then obviously with three days there’s not a lot you can do.”

Mercedes struggled to make up for the lost time during the opening part of the late session, with Hamilton managing just seven laps through the first 90 minutes. 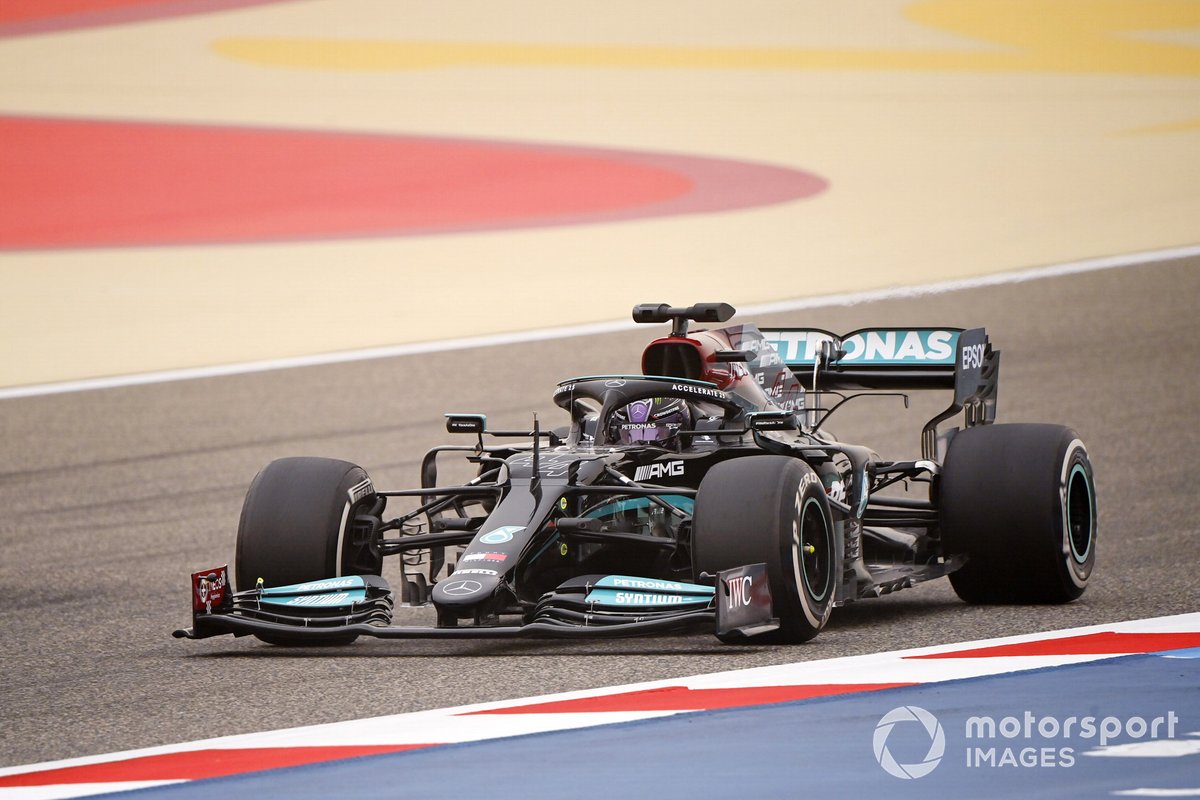 By comparison, mileage leader AlphaTauri is nearing two race distances, while Red Bull is also nearing the 100-lap mark with Max Verstappen at the time of writing.

Mercedes will look to extend its record run of seven consecutive constructors’ championships in 2021 with the updated W12 car.

The team emerged as the early pacesetter in testing last year, setting the tone for the season that followed, but Wolff said conditions in Bahrain would make it hard to get a precise picture of the pecking order.

“I think we will see some kind of vague picture after the three days,” Wolff said.

“Bahrain is representative, but these days are very gusty, the wind conditions change from one day to another. And of course, we don’t know the fuel loads, and there’s quite a difference in performance just missing it by 10kg.

“So vague picture, but on the first race weekend, in qualifying, we’re going to know once the flag drops, the bullshit stops.”