The reigning constructors' champions has endured its first winless start to a Formula 1 campaign since 2011 as the team has struggled to get on top of the new ground-effect car regulations.

But Mercedes made tangible progress in the final races before the summer break, with the team achieving double podiums in France and Hungary, with Hamilton currently on a run of a five-successive rostrum finishes ahead of this weekend's Belgian Grand Prix.

Asked whether he feels Mercedes is now closer to returning to winnings way on Thursday at Spa, Hamilton believes it is but is wary the team's quest to end its barren run will "continue to be tough".

"I do, definitely," Hamilton said. "I think of course we've been improving, we've had this consistency that's come up in the recent races and great progress the team is making, everyone pulling together and continuing to push.

"And the car's becoming more of a racing car, which is not particularly what it was at the start of the year – more like a normal racing car in the sense of its characteristics.

"And the last race was the best showing that we've had so far, and that for us was a huge boost that we can close that gap.

"Naturally it's going to continue to be tough, we will keep our heads down. The other guys are doing an amazing job, but I do believe we can close the gap." 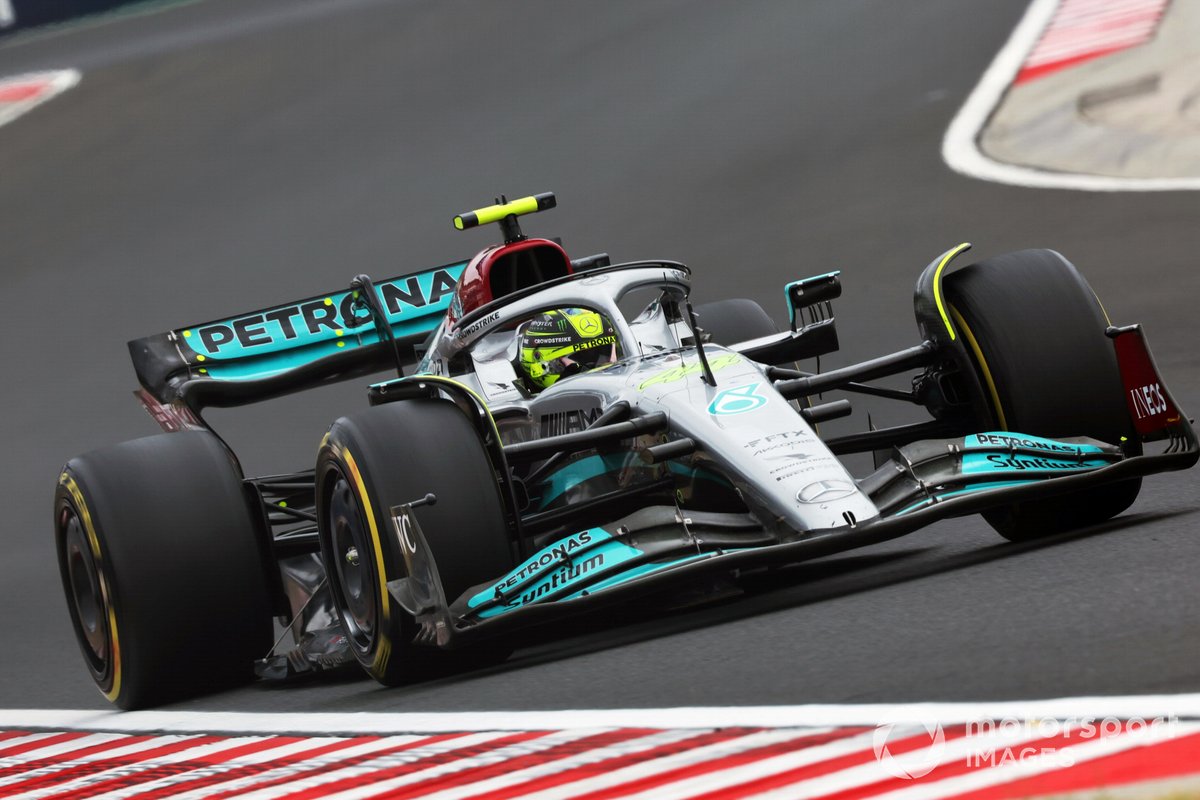 Hamilton is currently in the midst of his longest losing streak in F1 having gone 14 races without reaching the top step of the podium.

Previously, his longest drought ran for nine races in 2009 and in 2013, those streaks both being ended with wins at the Hungarian GP.

Mercedes' head of trackside engineering Andrew Shovlin told Autosport over the summer that the team was definitely dealt a "shock" by its struggles with the new car, but feels this will do it no harm in the future as it rebuilds its way back to the front of the grid.

Hamilton's team-mate George Russell shares his views on the 2022 car getting close to being a winner, while adding that the way Mercedes has rallied this season has been "inspiring".

"Absolutely I share that confidence," Russell said when asked about Hamilton's comments.

"I think it's based on the fact we've made a huge amount of progress. I think we're also bringing more performance to the car in the coming races, which is really exciting, and I think we learned a lot in the last few races prior to the summer break.

"So, it's really kind of inspiring to see how the team has pulled together in the tough moments at the start of this year and seeing how we've closed that gap.

"I think there's plenty more to come and we're giving it everything."