Mercedes is introducing a low-drag rear wing specification as part of its Formula 1 updates for the Miami Grand Prix.

The Brackley-based team’s focus has been on chasing answers to its porpoising problems, but is also aware that its chances this year have not been helped by a lack of straightline speed.

While engine performance has played a part in that, the team is also aware that the high downforce specification wing package it elected to have at the start of the campaign has a high drag consequence.

For this weekend’s race at Miami, which features long straights, the W13 is being fitted with a new smaller rear wing mainplane and a new smaller chord beam wing flag.

In explaining the changes, the team has said: “This rear wing configuration provides reduced downforce and reduced drag based on circuit simulations, this is likely to be preferred over our higher downforce option which has been used at the first four races of the season.

“The new beam wing is paired with the new rear wing configuration, and also generates reduced downforce and lower drag as part of the lower drag aero package for Miami.” 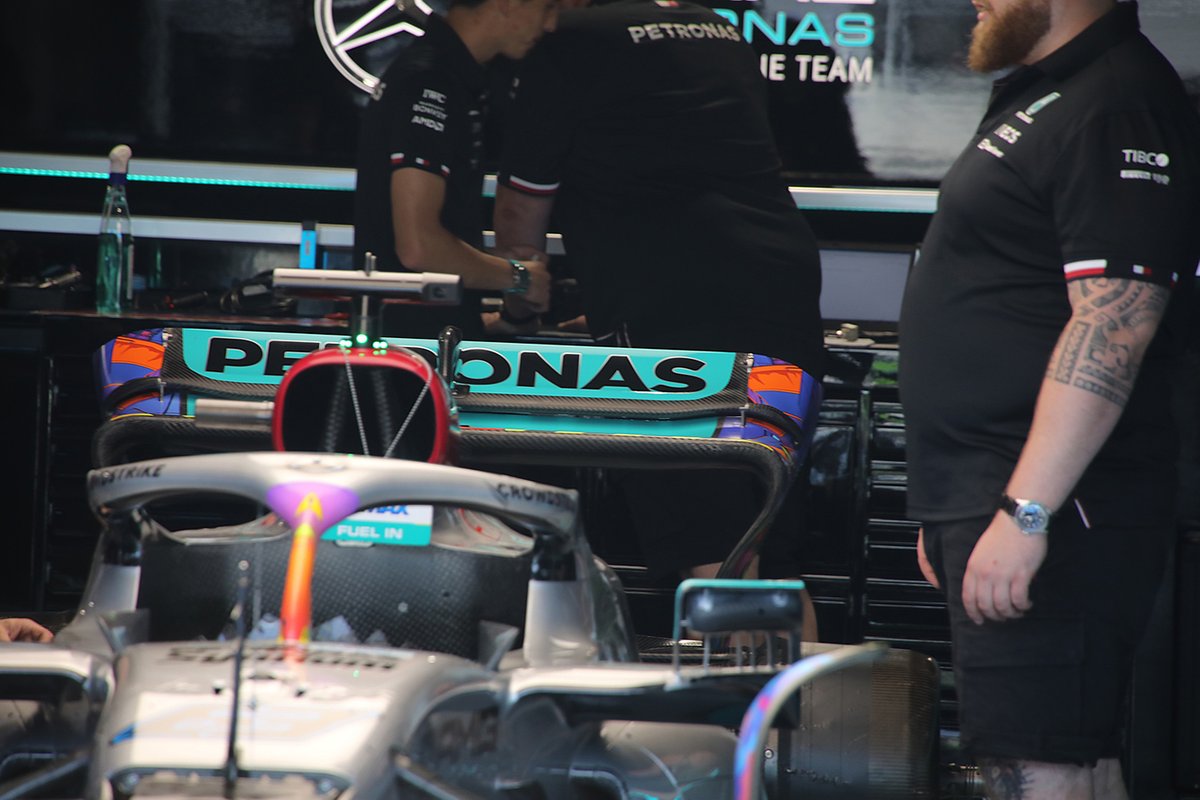 The team added: “The new design improves front wing efficiency by reducing the pressure difference between the top and bottom surfaces at the wing tip.”

Mercedes is not the only team going for lower drag solutions.

Ferrari is introducing a lower downforce top rear wing design, while Haas has a new flap option which is a trimmed version of one of its normal wing assemblies.

Alpine’s updates for the Miami Grand Prix are focused on trying to add more downforce to the rear of the car.

It has a revised rear brake drum flick with a higher angle of incidence, and an extended endplate.

The team said that this will bring both added rear downforce and will help improve the airflow around the inside of the rear wheels.

Red Bull has not submitted any updates for Miami, having elected to push through developments at the recent Emilia Romagna Grand Prix.