Vettel was handed a 10-second stop-go penalty, plus three penalty points on his licence, when deemed to have driven in a potentially dangerous manner by swerving into Hamilton ahead of a safety car restart while furious at what he felt had been a brake-test.

Hamilton said Vettel had "disgraced himself" with the move, but when that was put to Wolff by Autosport he replied: "Disgraced himself with his behaviour? Hmm.

"You know the emotions go high in a race car.

"Like we've seen in the past, you have the visor down and you have your own perception of events so I guess the only explanation I have - and I'm not going to protect Sebastian here - is that Sebastian thought Lewis was brake-testing him, which he wasn't.

"We have seen that in the data, with the safety car being 150 metres ahead. So that was a wrong judgement.

"I almost can't imagine that he did it on purpose in shunting into him.

"So I'd like to speak to him personally and hear what he says about the incident rather than making a judgement without properly having heard his statement." 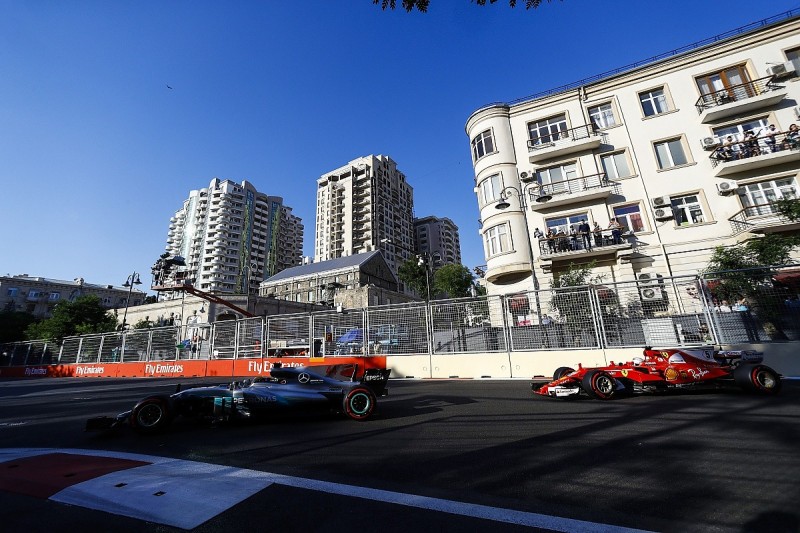 As well as being upset at what Vettel did, Hamilton was also unhappy that his championship rival had escaped with just a time penalty rather than a heavier sanction.

Asked for his thoughts on the penalty, Wolff said: "If a driver does that on purpose in anger, then you have to think about the size of the penalty.

"Of course he is a four-time world champion and in Formula 1 we are setting examples to all the young drivers out there about what is all allowed and what is not.

"It is difficult for me to understand. It didn't change anything."

But while drawing short of criticising Vettel for what happened, Wolff was adamant that Hamilton was entirely innocent.

"First of all, the leading driver can manage the pace," added Wolff.

"So there was never a question that at that stage he would accelerate. No way.

"Looking at the data, there was no brake involved.

"He went through the corner and went out of the throttle and Sebastian went into him."