Although McLaren did successfully run part of its planned update package at the Australian Grand Prix, which included new brake ducts and floor modifications, the significant bargeboard update was put back to next weekend's Bahrain Grand Prix.

"We were obviously not prepared for Barcelona and I'm glad we fixed the reliability issues for the weekend," McLaren racing director Eric Boullier told Autosport.

"But during the last few weeks [before the race] we spent our energy fixing the reliability issues and not bringing the upgrade faster to the track.

"So we are going to have another batch coming in Bahrain, which should have been in Australia."

If the Bahrain parts work as expected, this could give the McLaren-Renault MCL33 a boost of several tenths of a second per lap.

When asked when McLaren would catch up from the impact of the testing problems, Boullier suggested it might take until May's Spanish Grand Prix, the fifth round of the season.

"I don't know but I would say the usual answer which is first European race," said Boullier.

"It's the catch up point where you get back to where you should have been."

While McLaren performed solidly in Australia, with Alonso finishing fifth and team-mate Stoffel Vandoorne ninth, there is still work to do on balancing the car's handling.

But with the upgrades that have been introduced so far working as expected, Boullier is confident about the team's development direction for the rest of the season.

"Clearly we have to work on these kinds of characteristics, so there will be some fixes I hope in the course of the next few races," said Boullier.

"But we are happy with the correlation [of simulation tools to on-track performance], so we have not lost what was one of the strengths of McLaren last year. 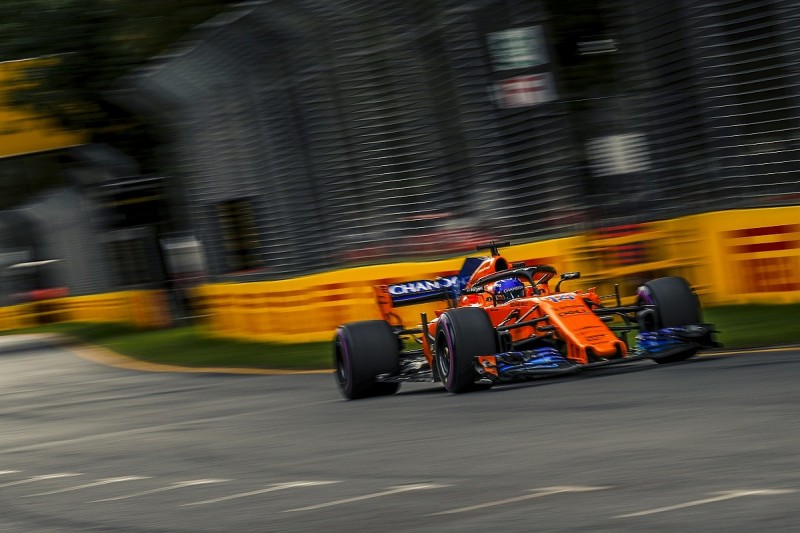 "That's one of the reasons I guess why Fernando was supportive and happy this weekend, because we have lots of things coming that have been signed off already.

"We are now going to push to make sure we can bring things as soon as possible."

Although McLaren did not have reliability problems during the weekend, it did suffer a delay during Friday practice.

What were originally described as exhaust problems led to its cars completing just six laps in the first hour of free practice, but this was found to actually be caused by some unexpected material in a duct burning.

"It was a new air duct - we changed the material and in this material there was some flammable tissue," Boullier explained.

"So every time the car came back to the garage there was a little flame and we didn't know where it was coming from until all the papers were burned, then it was finished."

Autosport podcast: the ominous signs from the Australian Grand Prix