McLaren is set to debut an updated sidepod and floor design on its MCL36 Formula 1 car as part of a new part package brought to the French Grand Prix.

McLaren has found itself fighting to lead the midfield teams so far this season despite its form tending to fluctuate from track to track. It currently sits fourth in the constructors’ championship, tied on points with Alpine in fifth.

The team opted to debut its first major upgrade package of the season at the Spanish Grand Prix in May, and has since only opted for refinements to its MCL36 design.

But as part of its pre-race technical submission to the FIA for the French Grand Prix, McLaren confirmed it would be debuting an updated sidepod and floor design as part of wider a package that also includes rear wing endplate and brake duct tweaks.

The updated sidepod shape is accompanied by a new position for the mirror stay, which McLaren said was “part of a more complete package update which aims at improving overall load on both axles in conjunction with the floor.”

The floor changes for McLaren include a new diffuser, an updated underbody floor design and floor edge geometry which again “aims at improving overall load on both axle by redistributing the local suction around the floor.”

McLaren’s update comes after Lando Norris said ahead of last month’s Azerbaijan Grand Prix that the team was in need of a “whole package upgrade” if it wanted to remain at the head of the midfield fight. 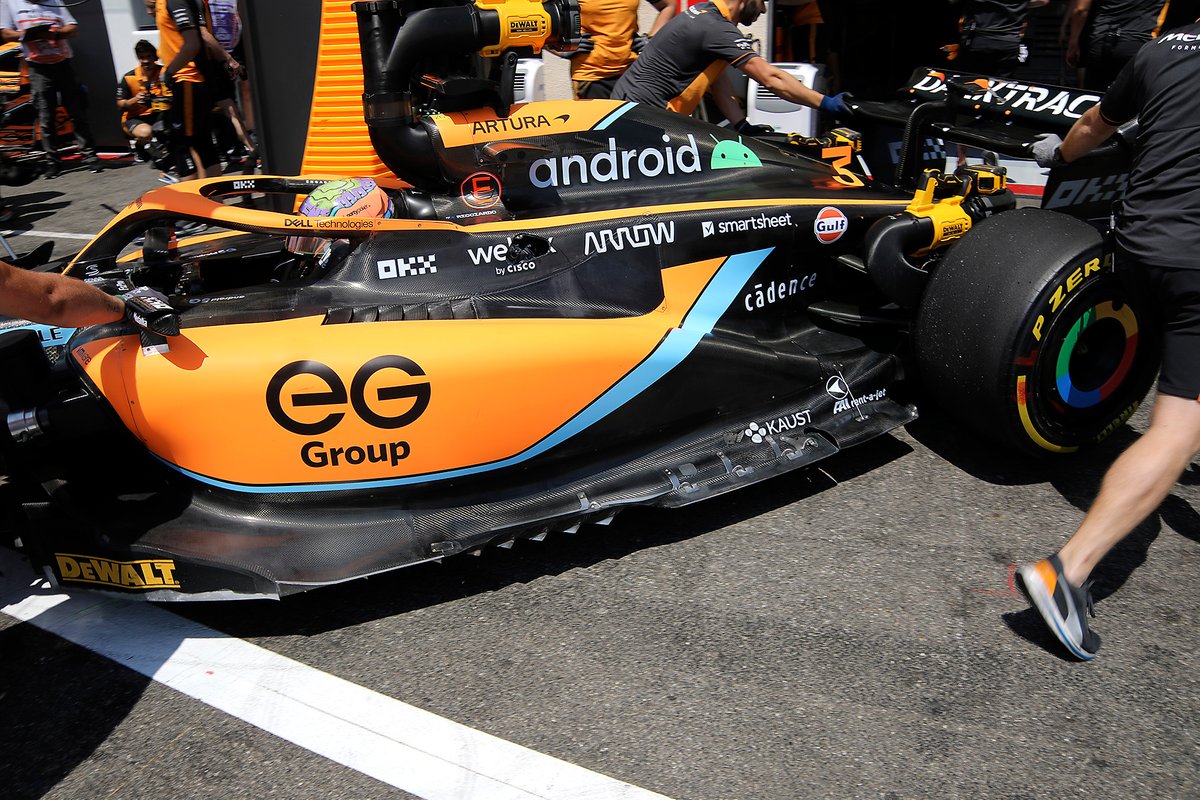 The package includes a new rear brake duct scoop winglet that is also intended to bring more performance to the car by aiding brake cooling.

New internal ducts are also being used as a circuit-specific measure due to the high temperatures expected at Paul Ricard this weekend, while added cooling options have also been put in place on the sidepods and engine cover.

Finally, changes have been made to the rear wing endplate of the McLaren cars “to avoid a reliability concern following previous events attrition.”

Norris said on Thursday at Paul Ricard he felt the team was “maximising our potential from the car”, noting the lack of updates it has brought to recent races compared to its rivals.

“A lot of other people brought upgrades over the last few races and we've still been managing to stay there in the fight and getting the points that we need,” Norris said.

“So, we’ve been doing a good job. I’m happy and we'll try continue to that.”