With Liberty approaching its first half season in charge of grand prix racing, Brown says recent talks with the sport's bosses has left him hugely encouraged about the direction they want to take F1 in.

But he accepts that if F1 is going to attract new fans and achieve a more-sustainable future, perhaps through the introduction of a cost cap or independent engines, then it is the duty of the current competitors to give up some influence or financial might.

"We need to do what is right for the sport," said Brown. "That is Chase Carey's [F1 chairman] job, and it is not going to be easy, but McLaren are prepared to make some sacrifices for the good of the sport.

"Ultimately, what is for the good for the sport will come back and be better for us all.

"So, we are prepared to make some short-term sacrifices, because we think it will be better for the long term - so it doesn't feel like a sacrifice.

"This is a time where I think we all need to work together to grow the sport.

"We are taking a 10-year plus view, not the next couple of years. We should have up to six teams capable of winning races, because that is what the fans want."

Brown believes better engine rules, budget cuts, revenue redistribution and a governance restructure to help empower positive change are the right areas for Liberty to be focusing on for F1's future.

However, he thinks it is more important that the biggest push is to make F1 more engaging for fans.

This has resulted in a number of positive initiatives, including the F1 Live in London event this week. 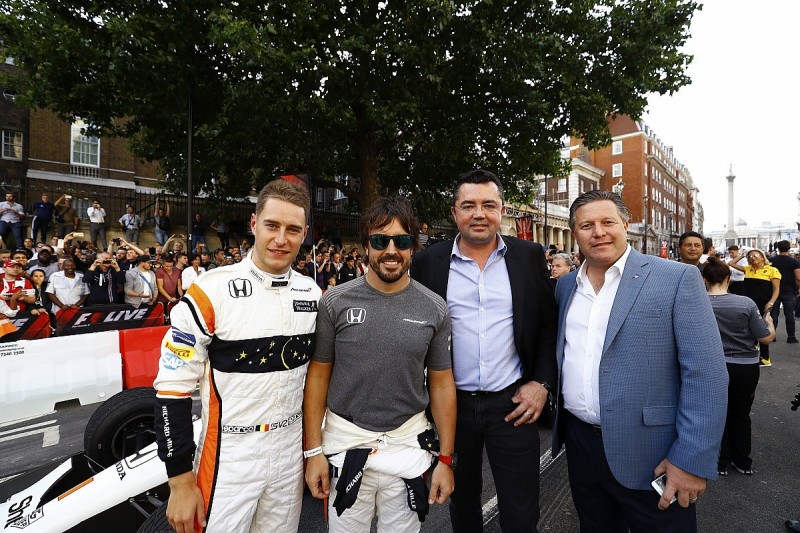 Brown added: "The new F1, the next era, is all about the fan.

"We know the fans want to follow the sport, they want great entertainment and they love the technology.

"And it needs to be in that sequence - not technology first."

While longer-term changes like a revenue redistribution will likely be quite hard to reach consensus on, Brown sees room for short terms changes to get everyone's backing - including perhaps handing more power to Liberty.

"But I think it is ridiculous that we had to approve Haas' paint scheme.

"I think it is ridiculous that we will have to approve if Force India wants to change it names.

"We need to certainly have a voice because we know best on how to run a race team, so I am not saying give it all to Liberty, but we do need to let them run it more than they can right now."