McLaren chief Zak Brown has defended his team's decision to block a plan to keep the shark fin in Formula 1, after criticisms from Ferrari boss Maurizio Arrivabene

F1 teams had discussed the idea of keeping the shark fin engine covers in 2018 offer a good location to position large race numbers.

But McLaren vetoed the proposal because it was unhappy that the fins were blocking views of the rear wing, which is valuable real estate for sponsors.

Arrivabene in particular questioned McLaren's motive for the move - suggesting it was hypocritical for Brown to complain on sponsor visibility grounds when removing the shark fin cost potential space on the engine cover for logos.

But Brown has said that removing the shark fin was essential for McLaren, as he suggested rival outfits needed to wake up to the commercial realities of F1.

"The fin blocks the rear wing because it is too tall," Brown told Autosport.

"What we proposed was an engine fin that started to come down and never broke the plane of the lowest part of the rear wing.

"If you look on television, the second most exposed part of the racing car was the rear wing. 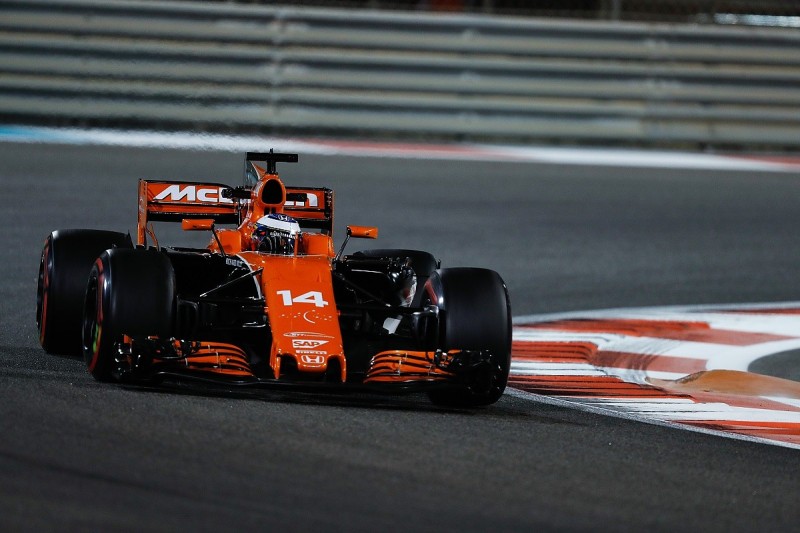 "Now, no matter what angle you are at, because of the height of the fin, and how close it comes, you never get clear visibility. All we wanted to do was bring it down.

"I have absolutely done it for commercial reasons. We need to start thinking more commercially about the decisions we make.

"I can tell you that from sitting in [Strategy Group meetings], they are 90% technical and we don't think through that if we do something, what are the commercial implications on the engine fins, for example?"

Arrivabene said: "What is quite funny is that Zak said that the fin was interfering with the rear wing, and in the meantime he said he would like to have more commercial space.

"So somehow he is removing the fin and doesn't have any more that commercial space, and on top he needs to find space for the number, so I think there is something wrong here."