McLaren Applied Technologies, the Formula 1 team's sister company, has unveiled an extreme concept of how grand prix racing could look in 2050

As part of the vision it has released images of a car concept dubbed the MCLExtreme, a 500km/h (310mph) rear-wheel drive electric car powered by a "foldable battery moulded to the aerodynamic package".

The aero would be "shape-shifting", while the car technology would include an onboard AI co-pilot and "self-healing tyres".

It is not the first time McLaren has unveiled a futuristic concept, having shared its MP4-X idea in December 2015.

But MAT's Future Grand Prix "vision" goes much further, assessing what car, driver, tracks and fan experiences could evolve into.

McLaren says it conducted extensive research that included speaking to fans, assessing "international policy on vehicle electrification and emission targets" and evaluating how human and car technology is likely to change.

Its idea for a futuristic race circuits include huge sidewinding banks, pitlanes with the capacity for battery charging and circuits that can adapt to extreme weather.

There would also be "black-out-zones with no communication or AI assistance for the driver", who would have a specialised race suit reinforced to handle extremely high speeds.

The AI co-pilot element would "learn" from its driver, whose emotion would be "reflected on the chassis". 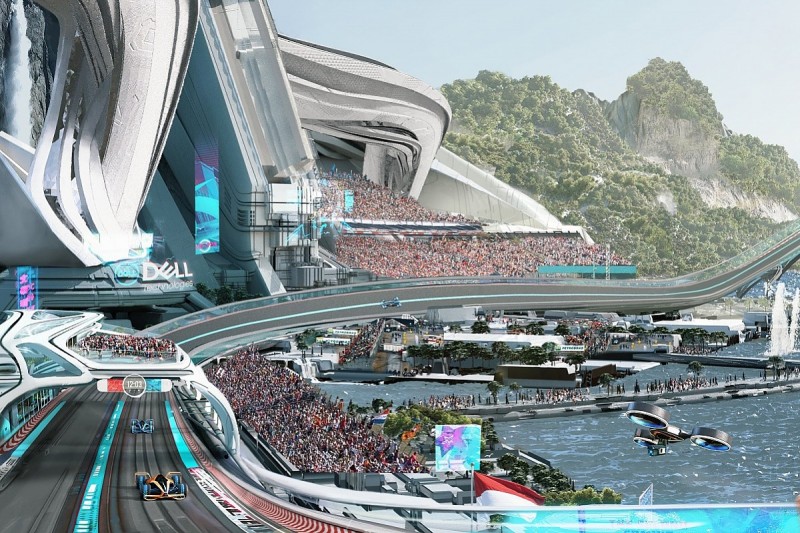 McLaren's circuit concept also includes transparent roofs to allow fans to see more track action, and fan engagement is another element that has been explored in detail.

It envisages "fan sentiment being projected in the cockpit of the car" and what it calls "mixed reality giving fans access to multiple camera angles and race data".

Esports competitors would be able to compete in the race virtually, in real-time - something that has been explored already in Formula E - while gamers could race the track before grands prix to "teach the AI new race strategies".

Explaining the concept, MAT motorsport director Rodi Basso said: "We are always looking to innovate to find the solution for tomorrow today.

"In recent years, we have seen concepts and ideas about how a Formula 1 car could look and operate in the future.

"However, this is the first time anyone has given detailed thought and insight into a viable vision of motorsport in the future.

"Our hope is for this to stimulate debate about how motorsport responds to changes in technology and sports entertainment trends to ensure we can meet the needs of fans in 2050."