Double-waved yellow flags were brought out on the final lap of the race at the Red Bull Ring after Kimi Raikkonen and Sebastian Vettel crashed at Turn 5.

A number of drivers were summoned by the stewards after the race for allegedly failing to adhere to the double-waved yellows by passing the crash site too quickly.

After meeting with every driver, the stewards announced that both Latifi and Mazepin had been given a 10-second stop-and-go penalty, which was converted into a 30-second time penalty in the final classification.

The remaining six drivers were cleared of any wrongdoing after the stewards deemed they took the appropriate action.

Mazepin and Latifi also receive three penalty points on their FIA superlicence, taking Latifi up to six for the 12-month period and Mazepin up to five. 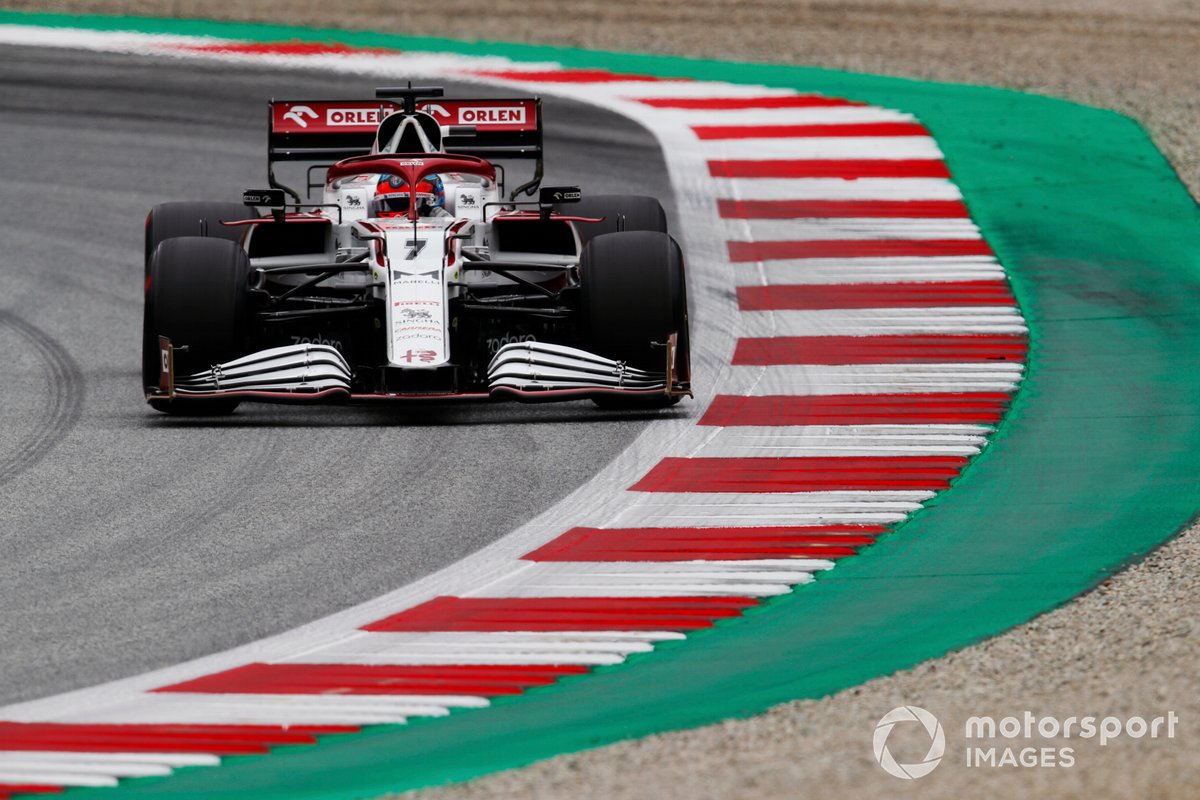 Raikkonen was hit with a post-race time penalty for causing the crash with Vettel that brought out the double-waved yellow flags on the final lap of the race.

The stewards deemed that Raikkonen “closed the door” on Vettel, causing a collision and taking both cars off-track.

Raikkonen was given a drivethrough penalty that was converted into a 20s time penalty, but the Alfa Romeo driver in fact moves up to 15th in the final classification as Latifi - who finished 1.5s ahead - received a greater penalty.

Raikkonen also received two penalty points on his FIA superlicence, taking him up to six for the 12-month period.

George Russell was summoned for allegedly moving under braking while defending 11th place from Raikkonen late on, but the stewards were “happy that the movement was not dangerous or erratic”, and therefore took no action.