Max Verstappen would be better off listening more to what Formula 1's established drivers have to say, reckons his Red Bull team-mate Daniel Ricciardo

A year on from Verstappen's switch to Red Bull that teed up his maiden victory in the 2016 Spanish Grand Prix, Ricciardo believes that one of the Dutchman's weaknesses is his youthful independence.

However, he is convinced that Verstappen - who came under fire in particular for his defensive driving at times last year - will learn to overcome his shortcomings in this area as he gets older.

"He's obviously willing to push the car on the limit and that's obviously a really good thing," Ricciardo told Autosport about his team-mate's strengths.

"And weakness, I would say his age. But not his age in the sport.

"He's done the racing a long time so it's not necessarily that, but it's probably just in life.

"A lot of the older drivers would say: 'Look, we don't think this is right', or something. And Max would be like 'I know what I'm doing' kind of thing.

"That's a strength that he is independent, but may be a weakness ...

"But that will come with time, and he will then understand maybe a little bit of advice from the older guys."

Ricciardo believes his partnership with Verstappen has worked well, and that in pushing each other along their setups have actually merged. 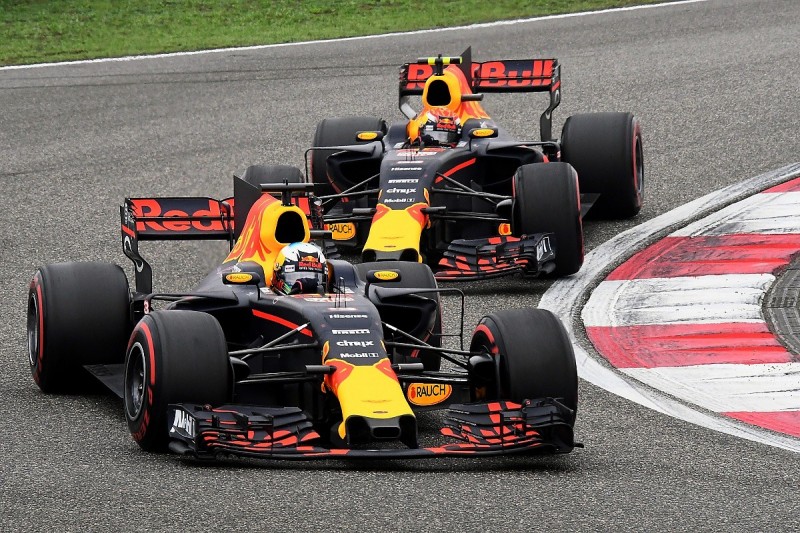 "I always try and learn from everyone," said Ricciardo about working with Verstappen.

"Because driving is such a technical sport, there's always something different you can apply. A different technique or whatever, a way to set the car up.

"I can't say there's one place where I'm like: 'Well, I learned that from Max.' You learn these things subconsciously.

"Because we are both very motivated and very determined to win, we are constantly pushing each other, but also our engineers are trying to really find a way to make the car different.

"We started off with quite different set-ups. And then we kind of merged together.

"So maybe I did some things which I didn't think would work, and maybe some things he was doing [as well].

Why Ferrari must no longer be F1's favourite