McLaren driver Sainz was placed under investigation by the race stewards in the F1 season finale for a possible slow entry to the pitlane, holding up Racing Point's Lance Stroll.

Despite an uneventful race and plenty of time to complete the investigation, the stewards confirmed they would only look at the matter after the race.

It meant McLaren had to wait for a decision before it could officially celebrate third place in the constructors' championship, with Sainz provisionally finishing sixth behind team-mate Lando Norris.

The stewards ultimately decided to take no further action after estimating Sainz only slowed enough to lose 0.6 seconds in the pitlane. They also accepted the Spaniard's explanation that he slowed down in response to the busy pitlane under the Virtual Safety Car.

Masi explained after the race that the stewards were eager to review all of available information in the incident, reasoning the decision to postpone the investigation.

"There was some data that was necessary that we wanted to get hold of, so that takes obviously a little bit longer to get," Masi said.

"As a result, it was easier to look at it completely after the race, once we had all of that available information, and was also helpful getting the perspectives of the respective drivers." 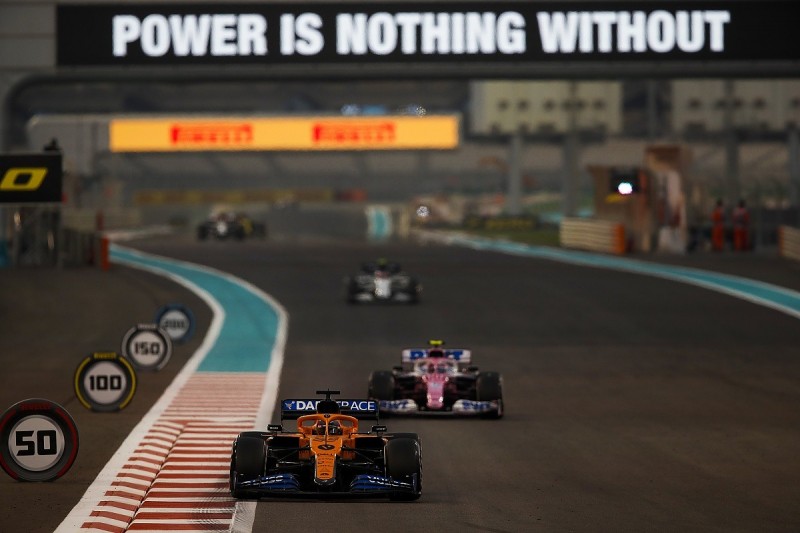 Asked by Autosport how "unnecessarily slow" was determined by the stewards, Masi said it was down to their judgement.

"Driving unnecessarily slowly in the pitlane comes about as a result of a discussion with all of the teams sporting directors and the stewards earlier this year," Masi said.

"So as long as we had to look at it all, it's a judgement. It's why we have stewards."

Stroll was told to "blend" into the fast lane of the pitlane after his pitstop as Sainz came past, and appeared to narrowly avoid an Alfa Romeo mechanic who was stood in the next pitbox.

Masi confirmed the stewards did note and look into the incident, but determined no investigation necessary.

"It was looked at, but it wouldn't be classified as an unsafe release," Masi said.