Red Bull motorsport advisor Helmut Marko does not understand Daniel Ricciardo's decision to join the Renault Formula 1 team, which he says brought "a very strange situation" to an end

Ricciardo had been expected to sign a new Red Bull deal prior to F1's summer break but shocked his current team by agreeing to drive for Renault instead.

"The negotiations were difficult but Wednesday before the Austrian Grand Prix we were talking for two hours and came to an agreement.

"During the weekend, we were talking and renegotiating again.

"In Hungary, he told Mr [Dietrich] Mateschitz and me that he was OK with everything and that he was going to sign during the [post-Hungarian GP] test on Tuesday. But he didn't.

"On Thursday, he then called and told me he was going to Renault.

"I can only assume that maybe he doesn't believe in the Honda project or that Renault offered him a lot of money."

Ricciardo has won two races with Red Bull this season while Renault is yet to score a podium as it continues to rebuild its works team.

Renault has also admitted to being disappointed it has not made more progress as a race team and as an engine manufacturer in 2018. 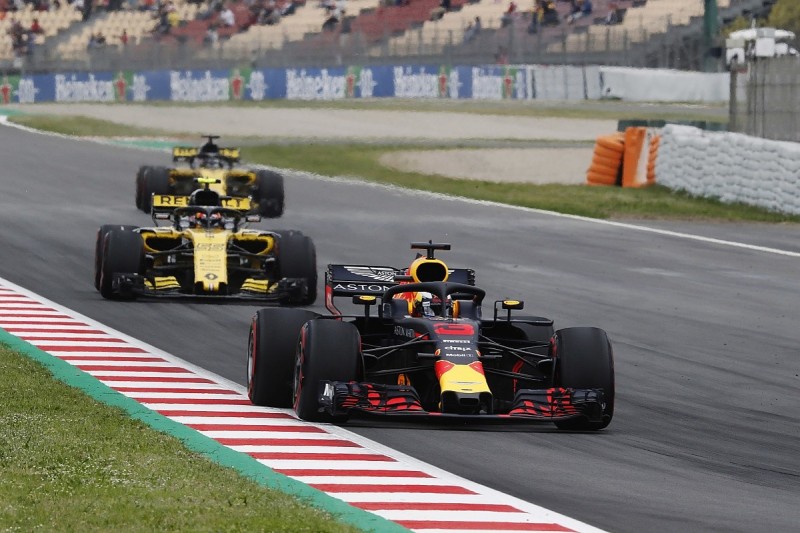 Marko said it is "going to be difficult" for Ricciardo to perform his customary 'shoey' victory celebration "in the near future".

He added: "Including his time in the junior programme he has been with Red Bull for 10 years.

"He said he needed a change of surroundings. I can understand that, but it's a pity because he is one of the strongest drivers.

"His overtakes are great. They come out of nowhere and sometimes his opponents don't even realise they are being overtaken."

Red Bull has picked current Toro Rosso driver Pierre Gasly as Ricciardo's replacement, sticking to its policy of promoting its own talent from within.

Marko, who said Red Bull will deliberate over its Toro Rosso options until the Italian Grand Prix at the start of September, expects Gasly to make big progress next season.

"Pierre is in his second year in F1, so he is missing some experience," said Marko.

"But his pure speed, especially in qualifying, is very close to Max. That is one of his strengths.

"We expect him to be an appropriate replacement for Ricciardo by the middle of the season."

Two-time champion Fernando Alonso was named as a fanciful option to replace Ricciardo but dismissed by Christian Horner as a candidate.

Marko added: "We were negotiating with him in 2007 or 2008. His demands were very tedious back then.

"If you look at his history, in McLaren and Ferrari, it was always a one-man show. That doesn't fit with us."