Ricciardo's hopes of a points-scoring result in Malaysia evaporated on lap 40 when he was released from the pit with a loose left front wheel.

Although he stopped in the pits to be recovered so the wheel could be refitted properly, drivers are automatically handed both a drive-through penalty and a 10-place grid penalty for such an offence.

Horner accepted that there was little his team could do about the matter now - but reckoned that the grid penalty was a bit too extreme.

"The rules are pretty clear," he said. "For an unsafe release, it is a stop-go penalty of 10 seconds and a 10-place grid penalty for the next race, so the punishment is harsh for the crime. It is the rules, so that is what it will be."

Horner said there were no grounds for complaint about the pit error itself, considering how good his crew have been in the past.

"The wheel wasn't located correctly," he said. "It went on OK, it was done up, but the gunman felt that something wasn't quite right.

"He was going to check and put an extra couple of turns into it, but the latch on the gun had switched back across so he effectively undid it.

"It is one of those things. Our pit crew have the fastest pitstops in the pitlane and today a mistake was made, but that is how it goes sometimes." 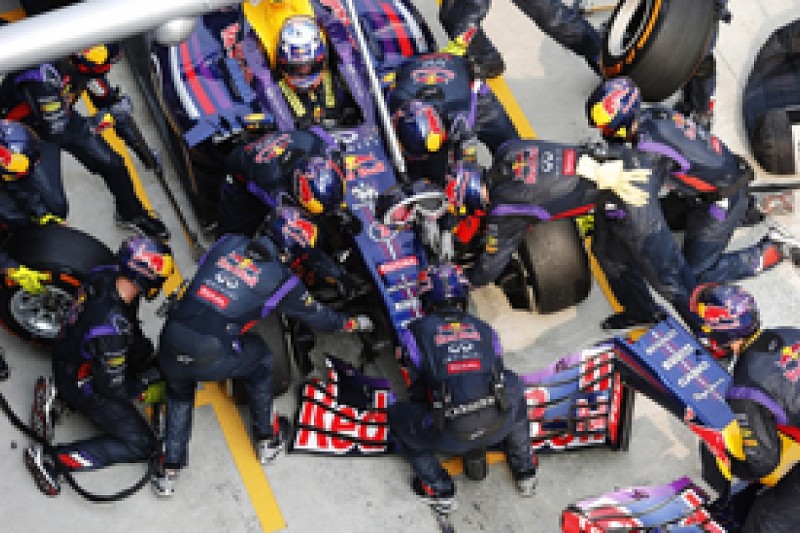 Ricciardo's race was further compromised by a front wing failure shortly after the pitstop drama.

The team is unsure if the wing had been weakened in the pit incident, or was damaged solely by hitting the kerb at Turn 14 where it eventually failed.

"It is under further investigation," he said. "We don't fully understand yet in whether recovering the car and jacking the car up we have done some damage, or whether it has been damaged on track.

"We have a bit of work to do to understand what happened there. We told Seb on the track to be careful in Turn 14, because we thought it might have been some damage from the kerb there, but we have no conclusive evidence."