Kevin Magnussen expected to fight for the Formula 1 world championship after his debut podium with McLaren, but feels no regret over how his career played out

Magnussen finished second in his very first F1 race at the 2014 Australian Grand Prix after being handed a McLaren drive following his title victory in Formula Renault 3.5 series the previous year.

But the Dane was unable to better that result during spells with Renault and Haas through the remainder of his F1 career, only recording a next-best finish of fifth.

Magnussen made what he expects to be his final F1 appearance in Abu Dhabi last month, and has since moved into the IMSA SportsCar Championship with Chip Ganassi Racing for 2021 after losing his Haas seat.

Magnussen revealed that he had high expectations about what he would achieve in F1 after his debut podium, believing he might even battle for the world championship in his rookie season.

"It's hard to know how things are going to go," Magnussen told Autosport when reflecting on his time in F1. "When I started my F1 career in Melbourne 2014, I had pretty high expectations.

"I thought I was going to be fighting for the championship in my first year after that first race.

"You can't ever predict how things are going to go in Formula 1. You've just got to do the best, and enjoy it while it lasts." 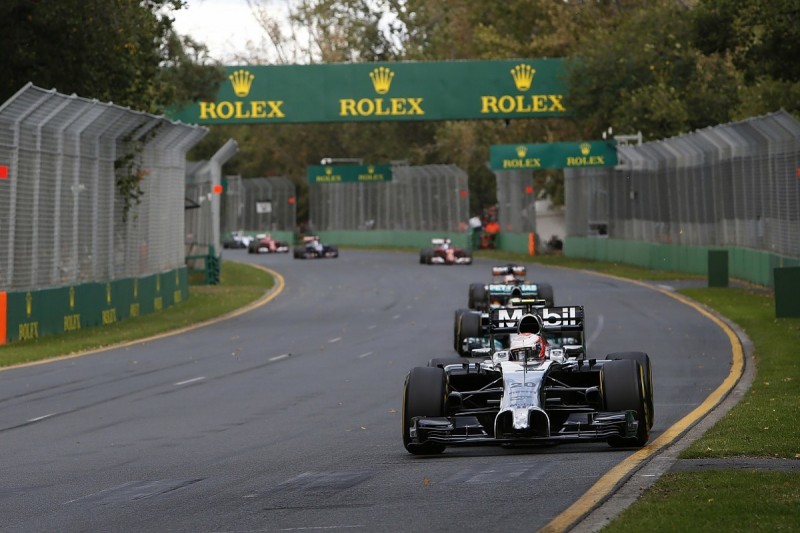 Magnussen went on to finish the season 11th in the standings, 329 points behind world champion Lewis Hamilton as McLaren scraped past Force India to finish fifth in the constructors' championship.

Magnussen ended the season uncertain if he would continue racing for McLaren the following year as the team weighed up whether to drop him or Jenson Button to make room for the incoming Fernando Alonso.

Although Magnussen said it was "a big task" to face such uncertainty as a rookie, he did not hold any grudges over the situation.

"I can't complain, I'm thankful for the opportunity McLaren gave me as a rookie," Magnussen said.

"I can't really say that I regret anything. I thought I was going to get into Formula 1 with Force India back then. That was almost a done deal, that was my expectation, and what McLaren was telling me, that they would place me in Force India.

"At the last minute, it changed, and they put me in McLaren. It was also a very hectic time around my debut, but at the end of the day, I'm happy with how things turned out.

"But at the end of the day, I got a career in Formula 1. Not many people get to do that. As a young kid dreaming of Formula 1, it's a pretty difficult dream to realise.

"I did that, and I'm thankful for that, and pleased that I got the opportunity."

Asked if there was one big decision he would make differently if he had another opportunity, Magnussen replied: "Yes, but I'm not going to dwell on it.

"It is what it is, and I'm pleased with how things turned out."