Renault announced last week that two-time F1 world champion Alonso would be returning to the team in 2021, partnering Esteban Ocon.

The move appears to have ended the chance of a Renault Sport Academy driver making it onto the F1 grid next year.

PLUS: How Renault plans to manage the 'new' Alonso

Lundgaard, 18, was thought to be a contender for the Renault seat alongside fellow academy member Guanyu Zhou, both of whom are racing in F2 this year.

But Lundgaard said the fact he would need a top-four finish in the F2 championship to gain a super license meant Renault would not have been able to decide on his future until later in the year.

"Because of the crisis we've got around the world, I wasn't really expecting to even have a chance for next year to be honest," Lundgaard said.

"I knew that I didn't have the super license, and I knew the team was not going to wait until after Monza to decide.

"I need to be sure in the top four to have a super license.

"Fernando coming back, I haven't really got more detail on if it's a one, two, or more years [on the] contract.

"But for me, it's always just to focus on my own job and see what the future brings after that." 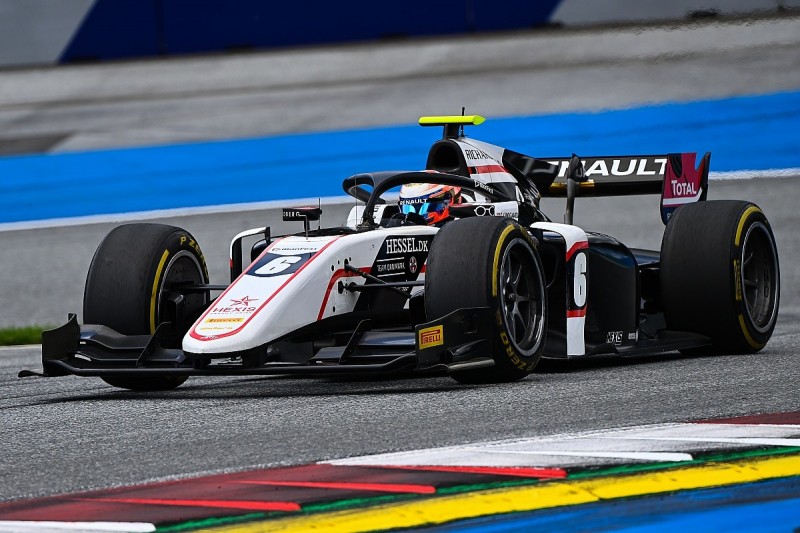 Lundgaard has made an impressive start to his rookie F2 season, scoring points in every round so far and winning Sunday's sprint race at the Red Bull Ring. It leaves him second in the championship, five points behind leader Robert Shwartzman.

Renault F1 chief Cyril Abiteboul stressed when Alonso was announced that the decision should not be seen as a slight against the young driver programme.

"I can already expect that our decision to rejoin with Fernando could be seen as a lack of interest or loyalty towards our own project of the Renault Sport Academy - but it's not," Abiteboul said.

"I want to be extremely clear that it is not. The plan of the academy was to be able to have a driver joining F1 in 2021. Who knows, maybe it's [still] the case.

"It's true that this year, this crisis has had many impacts, many severe impacts, one of which is to delay the season start and therefore delay our ability to judge the performance of the two eldest from our academy, Guanyu Zhou and Christian Lundgaard.

"The plan will be to see if they can join F1, and I'm sure Fernando, like Esteban, has lots to bring to their own development."

Ask Tim: Why F1 should expect fireworks from Alonso-Ocon in 2021