Lotus says its pay issues with Kimi Raikkonen have now been put on the back burner, so both can focus on delivering a strong end to the campaign

Raikkonen had threatened to not see out the season with Lotus after frustrations at not receiving his salary boiled over following the Indian Grand Prix.

But following a series of talks in Abu Dhabi last weekend, a deal was reached for Raikkonen to agree to race in Austin and Brazil.

Team principal Eric Boullier said on Friday that the pay dispute had been sorted as well as it could be for now - which meant that the team can get its attention back on racing.

"We all spoke in Abu Dhabi to make sure we know where we're going - and how we're getting there - for the final races of the year," said Boullier.

"Our focus is first on a good performance in Austin, and then the focus becomes getting a good result in Brazil."

Lotus' hopes of an immediate settlement to the Raikkonen pay issue revolve on a deal with new investor Quantum Motorsports being completed.

It had been hoped that the transfer of money to Lotus would be completed earlier this week, but last-minute delays mean the matter has not yet been sorted.

However, sources are adamant it should be resolved imminently - which would be a huge boost to Lotus' long-term financial situation.

Boullier admitted that he would have been happier if matters were already settled, but he has faith that efforts to complete the Quantum deal will come off.

"It's no secret that there is a lot going on at Enstone at the moment, but we're being kept busy putting everything in place to secure the team for the future," he explained.

"This isn't the work of a moment and it certainly doesn't move at the pace which most of us would want it to, but we keep pushing.

"Aside from everything behind the scenes, the main positive is that we continue to have a strong car on track and we aim to make the most of that in the remaining races of 2013." 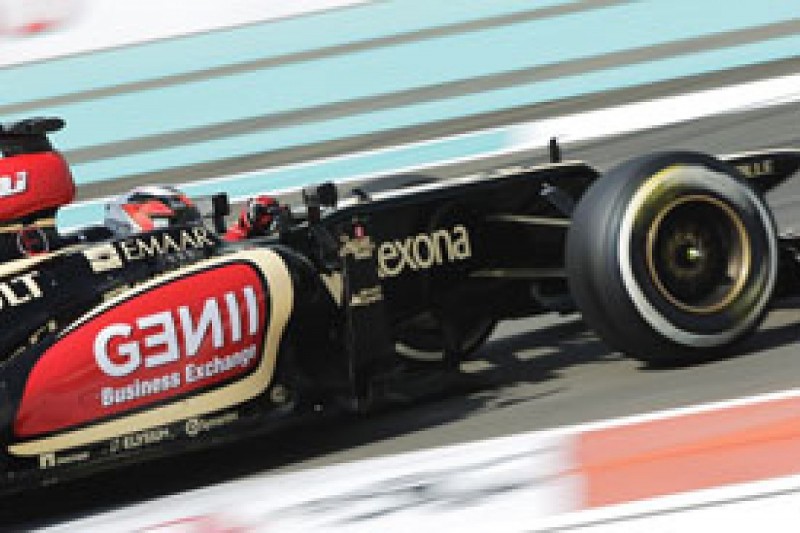 Lotus has confirmed that, as revealed by AUTOSPORT, Raikkonen will continue to use the short wheelbase car for the United States Grand Prix.

Speaking about the decision, Raikkonen said: "It has a better feeling for me and seems to make it easier for me to get more of what I want from the car.

"We've been trying to get rid of understeer to get the car more as I want it and the shorter car helps with this."