Vettel has suggested he will call Hamilton this week to clear the air once the emotions of the Baku incident - in which Vettel steered his Ferrari into Hamilton's Mercedes after feeling he had been brake-tested ahead of a restart - have died down.

"Firstly, he doesn't have my number," said Hamilton.

"I'm just going to do my talking on the track, that's most important for me.

"I've heard of what he's said after the race.

"I've not come out of the race pointing the finger or said anything. It is what it is.

"It happened, I don't think it was right but the biggest thing for me was that I lost the race through the headrest issue.

"All I'm thinking of is: get my head together. 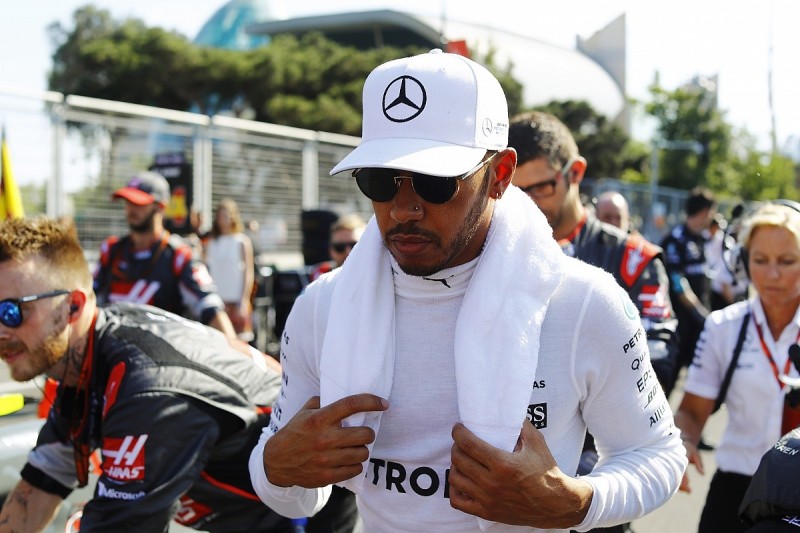 Despite having had time to calm down during Mercedes' post-race engineering debrief, Hamilton remained deeply unhappy about Vettel's actions.

"I need some time to reflect on it all, but I think ultimately what happened was disrespectful," said Hamilton.

"If I had had any ill intent in terms of my driving towards him, brake testing, whatever it may be, I still think it's not deserving of that kind of reaction from someone - that person you do have respect for and always showed it on the track.

"That's the kind of thing you see in go-karts, which you learn from not doing in karts.

"I hope that kids don't see that in F2 and GP3 and think that's the right way.

"That's not how you drive. And that's not an answer to any situation or issue you have."

Hamilton also dismissed any suggestion that Vettel might have lost control while gesticulating and not intended for their cars to touch.

"Maybe if you're going down the road in your road car and you put your hand out the window and you do this, you might swerve to the right.