The four-time F1 world champion set the pace in both Friday sessions in Melbourne, but his margin of more than half a second over team-mate Valtteri Bottas and 0.745 seconds back to the best non-Mercedes in first practice became a 0.127s advantage over the second-place car of Max Verstappen by the end of the day.

Hamilton said he was happy the chasing pack was closer as that would challenge him to "eke out" more from his Mercedes W09.

"It's been a good day," said Hamilton. "Coming here to the first race, you really have no idea what it's going to be like.

"But we started on the right foot today, we got through everything we needed to.

"It closed up a little bit between us in FP2, in terms of the gap between the cars, but that's exciting anyway - it's more challenging for me to try to eke out a little bit more from the car.

"I've got to discover whether I've lost some performance or they've all gained, but I enjoyed driving." 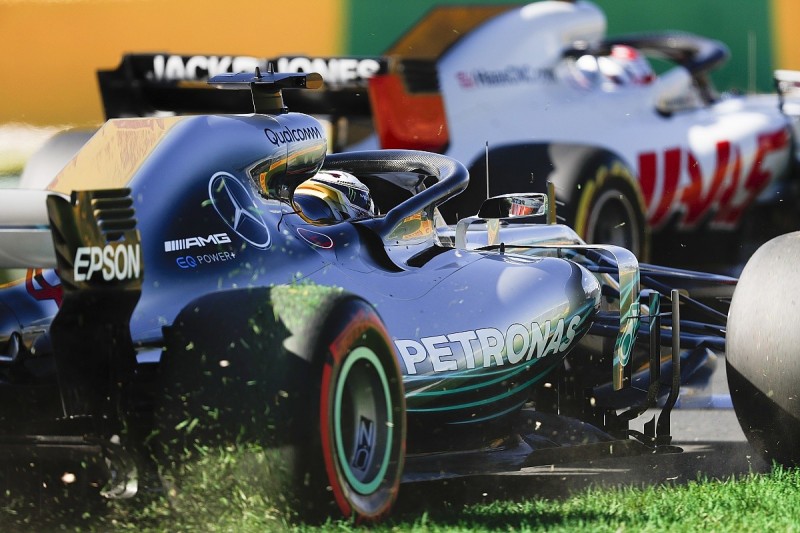 Hamilton said he believed Mercedes was now in a similar position to Ferrari and Red Bull with tyre management - one of its issues with its 2017 car having been a narrower operating window - but added he was expecting rain for the remainder of the weekend.

"The tyres definitely didn't seem to have the same issue they had in Barcelona when they were just blistering the whole time," he said.

"When it's hotter, in the past it's suited other teams but I think we're all in a similar position, we're quite level in that respect.

"But tomorrow's going to rain as far as I'm aware, and the same on Sunday.

"I don't know if I've driven in the rain yet on these tyres, so it'll be interesting."

Team-mate Bottas reported he had suspension and fuel system problems in practice one that limited what he was able to learn, but said Mercedes still collected meaningful data for a dry race.

"Practice one was a bit tricky for me, we found a bit of an issue with the suspension, also the fuel system, so it was difficult to get a good comparison," he said.

"But I have to say a huge thank you to the team because we are looking strong at this point. In second practice the car felt a lot better.

"We got some good info for the long runs, if it's a dry race we've got some tyre information.

"What we're seeing is a lot of things behaving differently to Barcelona testing, because it's a lot warmer, a different Tarmac so definitely we still learned a lot and we keep on learning."

How Ferrari has engineered itself into a hole