Fernando Alonso and McLaren will not make the same mistakes that led to an acrimonious split last time they were together in Formula 1, reckons his former team-mate Lewis Hamilton

Alonso's switch to McLaren - and the identity of his team-mate - is set to be confirmed in the next few days, with the Woking-based team having delayed an original plan to reveal its line-up before the final race of the season.

AUTOSPORT understands that the final decision on Alonso's team-mate will be taken at a board meeting on December 4, although it is not clear when an official announcement will be made.

Although Alonso's last spell at McLaren in 2007 ended prematurely after a year when he spectacularly fell out with then team boss Ron Dennis, the team is confident their relationship can operate better this time.

Hamilton, whose equal status at McLaren seven years ago fuelled the clashes between Alonso and Dennis, firmly believes the situation will be different. 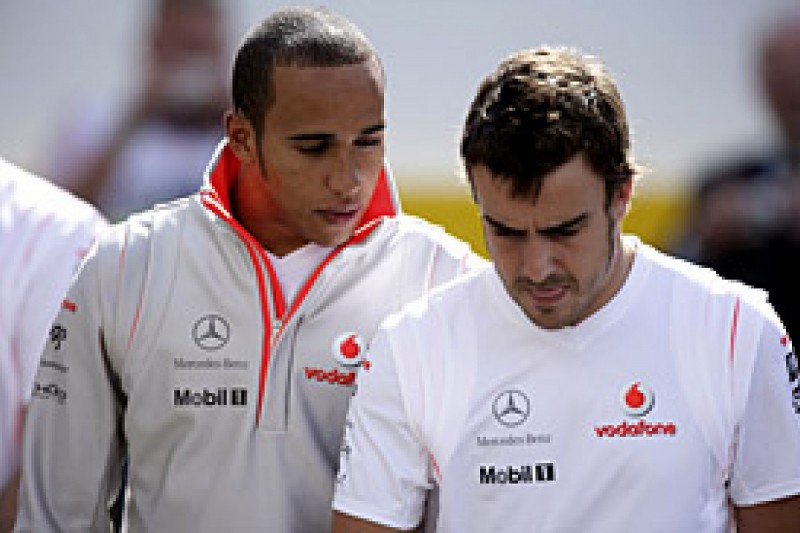 Asked at Mercedes' end of season Stars & Cars event how he believed Alonso would get on with Dennis this time around, Hamilton said: "It is an interesting decision with the team, but I wish him all the best.

"It will be a new experience for them.

"Fernando has grown a huge amount over the years, both as a driver and maturity wise as well.

"And, having the experience previously with Ron, he will definitely have a much better handle on it and won't be in a tricky situation like last time."

McLaren has been trying to lure Alonso for several seasons now, and its overtures proved successful this year with the promise of a step up in form from new manufacturer partner Honda.

The Spaniard's decision to join McLaren has left the team with the difficult choice between Kevin Magnussen and Jenson Button for the second seat.

While Button has the experience and outperformed Magnussen this season, Magnussen's long-term potential has kept him firmly in contention for the seat.