Hamilton started from the pitlane and finished fourth at Interlagos, making 10 passing moves along the way.

But he believes that it would have been harder to execute his charge at other venues, because the lap time advantage required to overtake cars ahead would have been so much greater than at Interlagos.

"When I was in GP2 that was good fun, it was easier in GP2 to overtake," Hamilton said.

"[With] the way their floors are it was easier to be close and to come back through the field.

"[Interlagos] is actually a racetrack where it is difficult to get past, but the delta is slightly smaller than it is in other places.

"If you look at most of the circuits we go to, the delta to be able to overtake the car in front is usually a second and a half, or something like that.

"You've got to be a second and a half faster, that's a whole tyre compound and a bit.

"So that just shows there's obviously a flaw in the cars' design, and whilst the cars are fantastic this year, that's an area we can improve on for the future."

When asked if his Brazil charge suggested that reverse grids would make F1 more entertaining, Hamilton replied: "you didn't see the top four move around, did you? So reversing the grid, you'll just reverse that role, and it'll be the same." 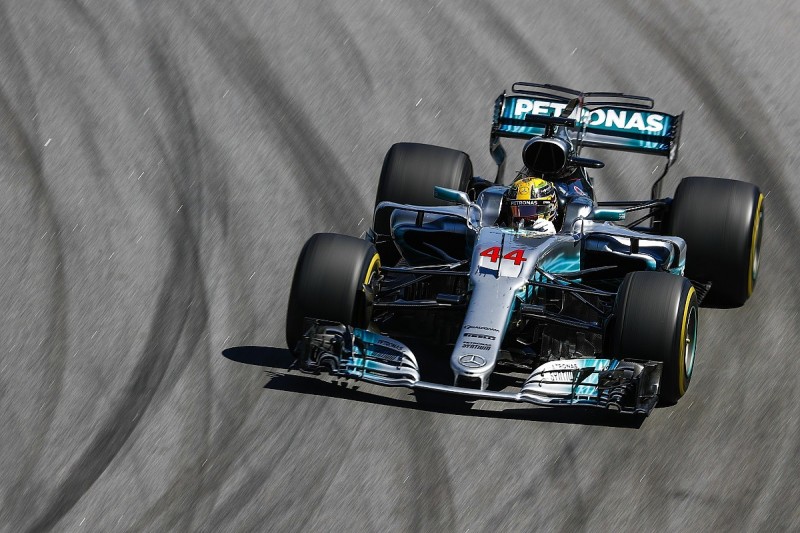 "I've loved driving this year's tyres, I kind of think 'why did we not have these big tyres before?'" he said.

"What's the next step? Can we make them bigger, do we get more grip from them in the future?

"Ultimately more mechanical grip means we can do more on track and we get more racing, and that's what we need."