Charles Leclerc says he is no longer reluctant to adapt the Ferrari Formula 1 car to suit his driving style, having been "a little bit intimidated" early in 2019

Leclerc's maiden season with Ferrari came after his debut F1 campaign with Sauber, and he is currently on a streak of four successive podiums, leading Ferrari's charge in the latest races in France, Austria and Great Britain.

The Ferrari driver said he had made a change to the way he works with the 2019 car around the time of the French GP and believes the new method has helped him to extract more performance.

"I think before France it was more myself that was adapting to the car, after that I think we changed the approach a little bit and I adapted the car a bit more to my driving [style]," Leclerc explained.

"So then I could drive a little bit more naturally, which helped me."

"And to straight away arrive and say 'OK, I want this, this and this' was not the way I wanted to start this relationship.

"So at first, I wanted to understand the car, try to adapt my driving [style] as much as possible to the car.

"At one point, I managed to do good things adapting my driving style [to the car], but then I felt that there was more performance by trying to put the car a little bit more into my direction, and this has helped the performance since then." 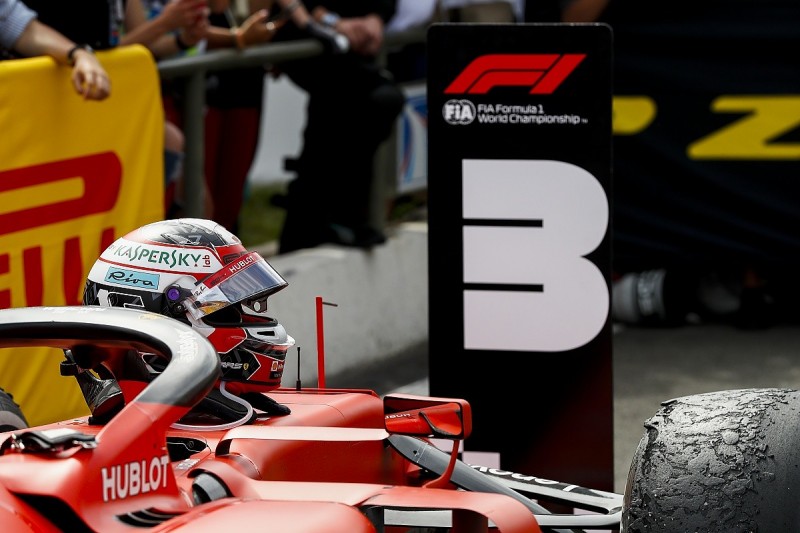 Leclerc's recent run of form has allowed him to close to within three points of his team-mate Sebastian Vettel, with the four-time F1 champion having qualified and finished behind his fellow Ferrari driver in each of the last three races.

But while Leclerc is now more at ease with the SF90, he has backed Vettel to rediscover his form.

"I think at the end Seb has done very good races too, maybe hasn't been so lucky in the last few ones but I'm pretty sure that very soon he'll be back on top, it's just a matter of time," he said.