The Ferrari driver had looked poised to launch a challenge for the lead against Perez after the final safety car period of the Marina Bay race.

But, despite shadowing Perez for several laps once DRS had been activated, and even looking close to attempt to a pass at one point, his assault fell flat once Leclerc fell out of range.

As Perez pushed on to try to open up an advantage to cover off any potential post-race penalty for his breach of the safety car rules, Leclerc had nothing in response.

That upturn in pace proved crucial to Perez as he was later handed a five-second penalty for falling more than 10 car lengths behind the safety car and, had he not pulled clear, Leclerc would've inherited the win.

Speaking about that phase of the race, Leclerc said that, once Perez had got in clear air, then his tyres coming alive gave him a big edge.

“I was quite surprised because, as soon as I lost the DRS, I think it was exactly at the time when also Checo's tyres started to work properly,” he said. “Unfortunately, then I lost it a little bit.

“But yeah, before that, everything was really on the limit. I mean, in the dirty air, in conditions like this, the slightest mistake, you pay it big time. So I did a few mistakes.

“I was just trying to be as close as possible because I had to make basically the overtaking on the straight.

“I couldn't really go on the braking zone and brake later because I didn't really know how was the track, on the inside. And I didn't want to take that risk.

“I had one lap where I was really close. And I actually thought about going in the inside and braking later. But for me, it was not worth it. So I was just waiting for the right opportunity. But unfortunately it didn't arrive at the end.” 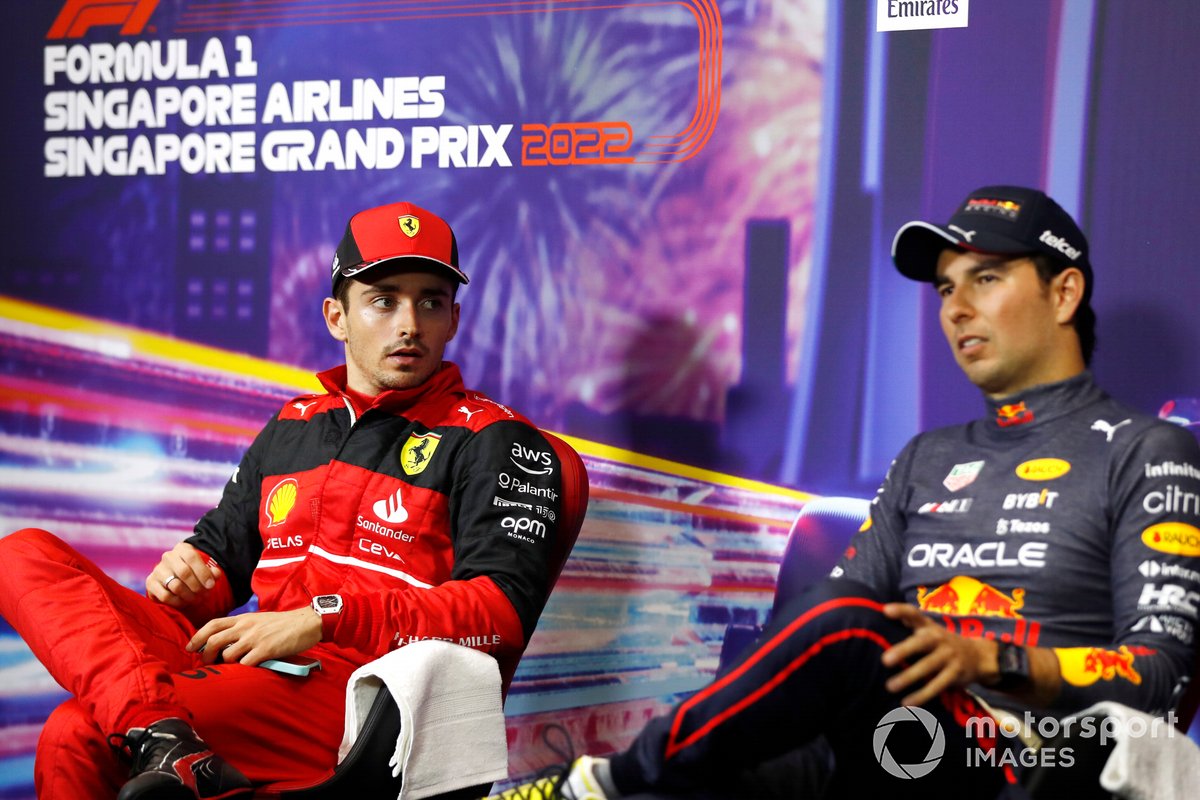 Leclerc suggested that the performance of the Ferrari against the Red Bull over the Singapore GP showed that they were quicker at different stages of stints.

Leclerc’s hopes of going for the win from pole were hurt at the start when he made a poor getaway and dropped back behind Perez.

Asked what happened, Leclerc said: “I don't really know yet. Whether it's me who did a mistake in the way I do things, or if it's something else, we'll have to analyse it.

“The only thing I felt is that I had a little bit of wheelspin, and lost it, and I saw Checo had an amazing start. So yeah, that's the way it went.”