Charles Leclerc, Sergio Perez and Nico Hulkenberg have all escaped further action after missing weight checks during qualifying for the Monaco Grand Prix

In all three cases their respective teams did not work on the cars - which were quickly returned to the FIA weighbridge - so no driver was at risk of being subjected to the maximum penalty of exclusion from qualifying.

In Azerbaijan, Pierre Gasly had to start from the pitlane because after missing the red light his Red Bull team changed his tyres, which counts as working on the car.

The FIA accepted that the convoluted pit entry in Monaco made it hard for drivers to see if they were being required to stop, and given the "exceptional circumstances," no further penalties were applied.

All three drivers were handed an identical decision which noted: "The Stewards reviewed video evidence both from the on-board cameras and the external CCTV.

"The driver failed to stop at the weighbridge, however the driver stopped almost immediately afterwards and the Stewards confirmed that no work was done on the car.

"While the driver failed to stop, the Stewards saw from the on-board video that when the driver turned into pit lane the weigh-bridge boards were green, indicating that the driver could proceed without stopping.

"It was not until the driver was probably looking down pit lane that the boards changed to indicate the drivers number.

"This was due to the exceptional layout of the pit entry at this circuit and how late it is clear that the cars have committed to pit lane.

"The Stewards therefore accept that under the exceptional circumstances and as no sporting advantage was gained, no further action is warranted." 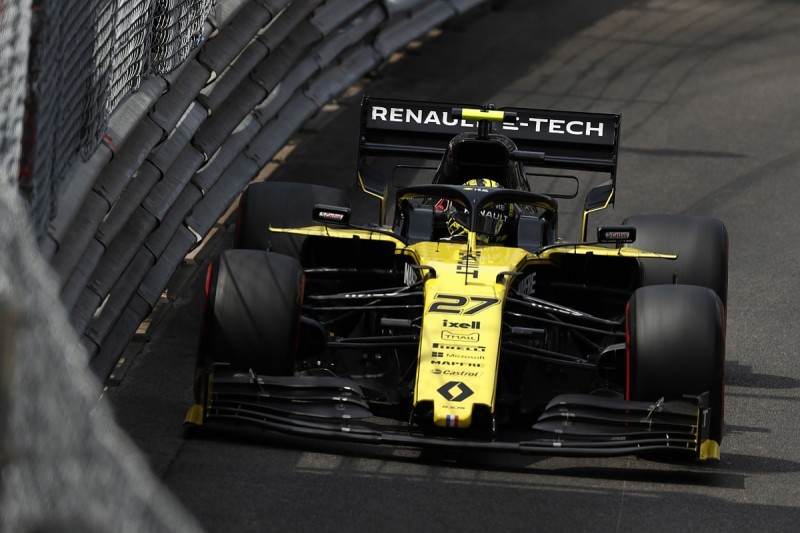 Hulkenberg said that it was difficult to see the weighbridge light while coming into the pits.

"As I came into the pitlane, you see the light quite late," he said when asked by Autosport.

"I looked, it was green, and then I focused back on the pitlane. And then they switched just after.

"In all honesty I think they're a bit late on the switch there.

"Here it's very dynamic, you turn right, you turn left, so you have to kind of look where you're going.

"You just focus with your eyes - as soon as I could see the board I checked, it was green, I looked away.

"But one second after I checked they must have turned it. I didn't even make it to my box, I stopped there and they pushed me back."