Charles Leclerc says the success of the high-downforce package Ferrari used in Monaco increases the Scuderia’s chances in Formula 1’s 2021 Mexican race, where it is set to appear again.

In high-downforce specification, Leclerc took Ferrari’s SF21 to pole in Monaco. He might have won his home event if he'd been able to compete in the race, with damage sustained in the late Q3 crash – that brought a red flag and clinched the top spot on the grid – preventing him from lining up for the start.

This leads Leclerc to believe that “on paper” this weekend’s event at the Autodromo Hermanos Rodriguez will suit his team.

When asked by Autosport to explain why he feels this way, Leclerc replied: “Well, our high-downforce package has always worked pretty well this season.

“In Monaco, in Budapest also. So, yeah, and we will probably run with it here, so that’s why I think we should be competitive.”

Leclerc has arrived in Mexico following what he called an essentially flawless best-of-the-rest drive to fourth last time out in the US GP, with the Ferrari driver encouraged that his thoughts on the team’s high-downforce package means Mexico “on paper should be a better track for us compared to Austin”.

He added: “But it is also true to say that we have had good and bad surprises compared to what we have expected on paper [elsewhere in 2021], so let’s not get carried away too much, and focus on our job.

“But it should be a strong one for us if we compare ourselves to the other midfield teams.” 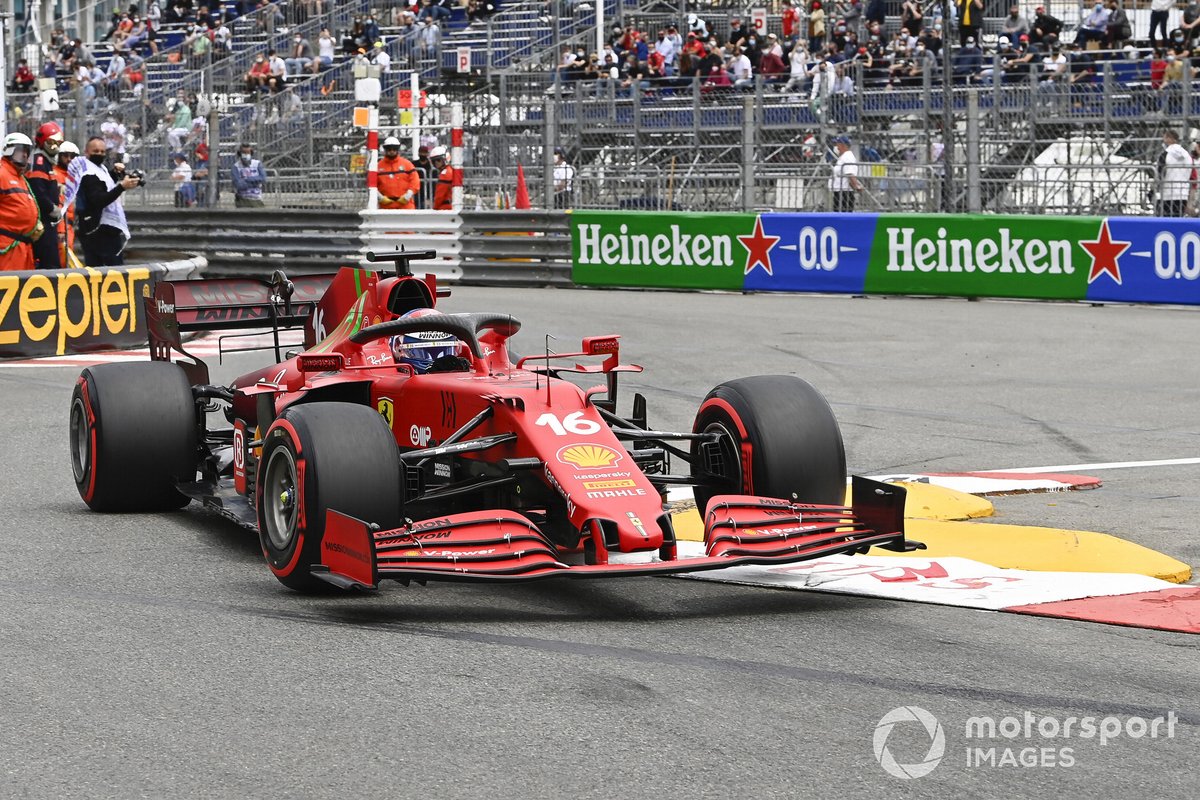 Although Ferrari was able to mix it with the championship-leading Red Bull and Mercedes cars in Monaco – also outqualifying both squads in Baku – Leclerc does not expect it to be able to do so again in Mexico.

Instead, he said the team is focused on beating McLaren in the battle over third place in the constructors’ championship, where Ferrari currently trails by 3.5 points, but has recently pulled away from its rival on pace following the engine upgrade it first introduced on Leclerc’s car at Sochi.

“I like the optimism [of the prospect of battling Red Bull and Mercedes in Mexico], but I also think we should be realistic,” Leclerc explained.  “It looks like it’s going to a promising weekend for us. But, not at all fighting with Red Bull and Mercedes. They are way too far ahead.

“This is not the goal – the goal is to try and be in front of the McLaren and we will keep this in mind.

“Then, of course if there is an opportunity to do better, I will go for it – as always – and I will try to do something special. But on paper this seems impossible for now.”