Ferrari driver Charles Leclerc says retiring from the lead in Formula 1's Spanish Grand Prix somehow left him feeling better than when he lost fewer points to Max Verstappen in Imola and Miami.

Leclerc had been dominating the Barcelona race from pole for 26 laps until his Ferrari engine gave out. The Monegasque driver was forced to park the car in the garage and thus recorded his first DNF of 2022.

The setback not only cost him the race win, but it also made him cede the championship lead to title rival Verstappen, who took a 25-point haul for his fourth win of the season. Despite the massive swing in points, Leclerc said he still left Barcelona with a better feeling than after the previous two races in Imola and Miami.

At Imola, Leclerc hit the wall trying to chase down Red Bull's Sergio Perez for second place, which dropped the Ferrari ace down the order and saw him finish sixth instead of bagging a certain podium.

In the inaugural Miami Grand Prix, Leclerc lost the lead to Verstappen during the race, but he still ran the Dutchman close until his second-place finish.

While Barcelona has proven a much more costly weekend, Leclerc says Ferrari's improved form and better tyre management on Sunday has left him feeling more optimistic about the bigger picture surrounding the 2022 title fight.

“Let's say that I feel better after this weekend than I felt after the last two weekends,” Leclerc said. “Of course, there's this issue that we've had on the car and I'm very disappointed but on the other hand I think there's plenty of positive signs other than that.

“Throughout the whole weekend our qualifying pace, the new package works as expected, which is not always a given, and everything was working well.

“And our race pace and tyre management, tyre management after the last few races, we've been struggling quite a bit compared to Red Bull. And today it was strong.

“In those situations, I think it's good to also look at the positives, and there are plenty today.” 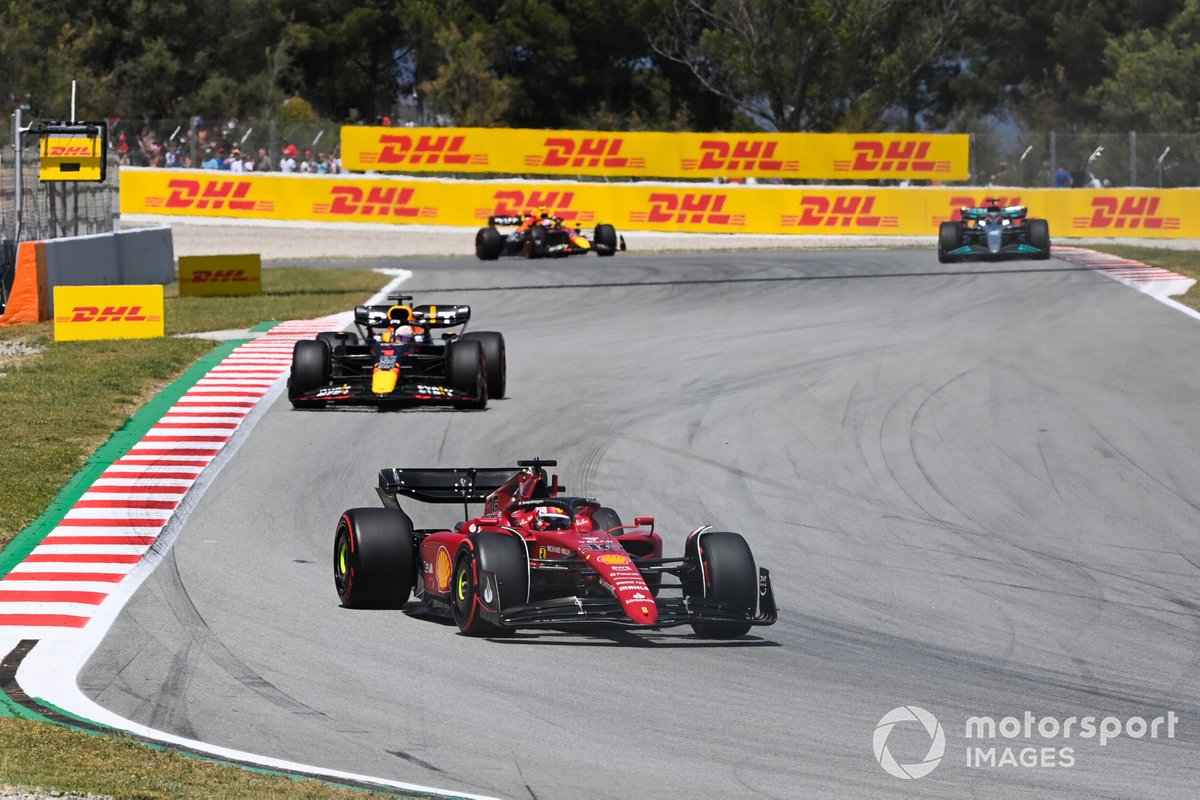 While Leclerc voiced his disappointment over the team radio, he was quick to console his mechanics in the garage, saying “there's no reason to be angry” at anyone.

“It's always a disappointment and obviously, once you're fighting for a championship you know that every point is very valuable,” he added.

“I'm pretty sure that everyone is already working flat out to understand all of it and to fix it as quickly as possible.

“Everyone is as disappointed as me today with what's happened and there was just no reason for me to be angry at anybody going out the car, so I just wanted to see the mechanics to cheer them up a little bit because they were pretty down.”

Rather than building his points lead, Leclerc now trails Verstappen by six points going into this week's Monaco Grand Prix.