Charles Leclerc will rely more on his overall development with Ferrari in Formula 1 to fight for Italian Grand Prix victory rather than lean on his 2019 win at Monza.

The Monegasque landed his 17th top fight pole to return to the top of the qualifying leaderboard for the first time since the French GP, when he spun into the wall while leading the race.

Leclerc topped the session by 0.145s over chief rival Max Verstappen as team-mate Carlos Sainz slotted into third, but the Red Bull drops five places for a new internal combustion engine while Sainz carries a back of the grid penalty.

The Ferrari driver took an emotional victory at Monza back in 2019 one week after his maiden F1 success, coinciding with the tragic passing of French Formula 2 driver Anthoine Hubert.

Having gone without a win in 2022 since the Austrian GP, victory at Monza is a must if he has any hopes of salvaging his crumbling title challenge with Verstappen 109 points ahead.

Leclerc doesn’t believe his experience of winning on Ferrari’s home soil back in 2019 will be of much use to him this Sunday, but feels he “can make this work” despite anticipating a tough battle with Verstappen.

“I was a very, very different driver, struggling a lot in races at the time and now I'm in a much better place.

“In 2019, I was not so confident going into the race. This year, it's better and honestly the feeling was really good on the high fuel. 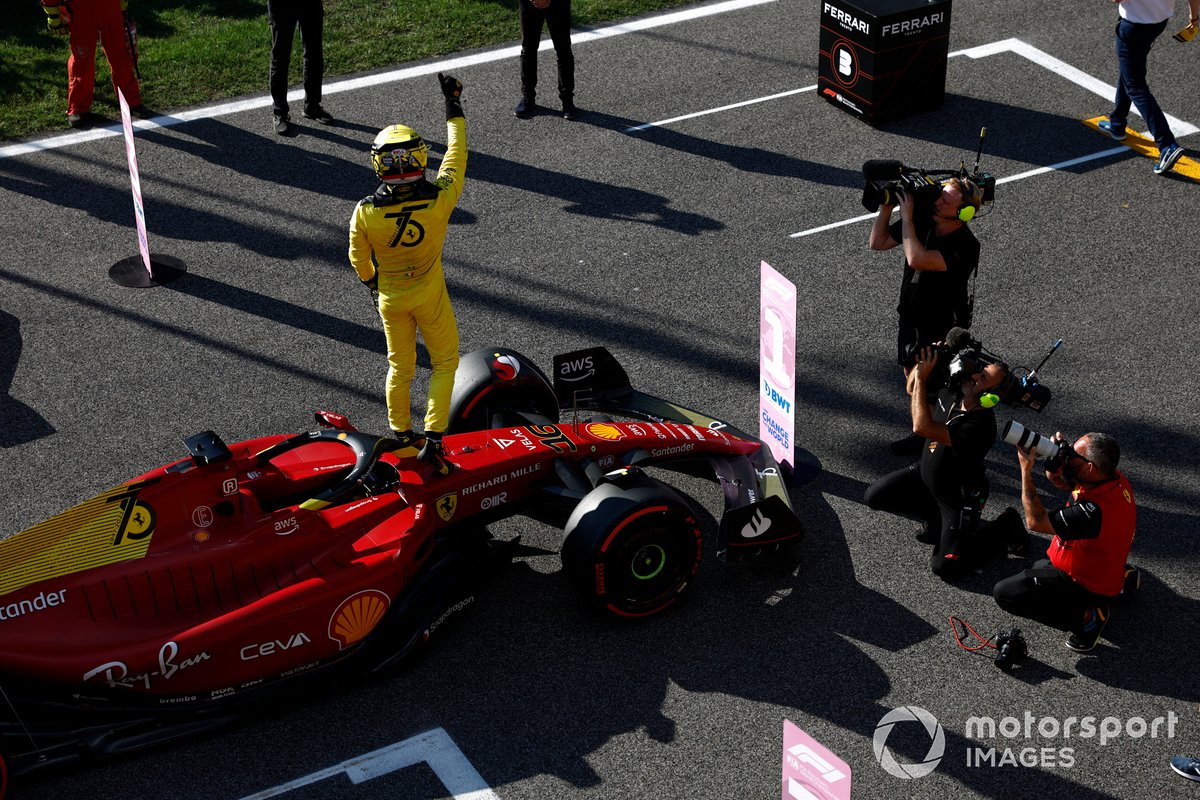 Charles Leclerc, Ferrari, celebrates on the grid after securing pole

"It's not going to be easy because Max will be extremely quick and we'll be coming back but I'm sure that we can make this work.”

Leclerc admitted on Saturday after stunning Ferrari’s home crowd with pole that it was “a great surprise” as he didn’t expect to be in the hunt given his struggles in recent grand prix weekends.

Ferrari is running a one-off livery for the Italian GP featuring more yellow on the paintwork to mark the 75th anniversary of the foundation of the company.