The European F3 champion was scheduled to drive for McLaren at Interlagos for a two-day Pirelli test this week following the Brazilian Grand Prix, before needing to get across to the other side of the world for F3's blue-riband event.

But just a few hours after Norris touched down in Brazil on Monday, a decision was made to cancel the test on security grounds, after a series of attacks on F1 personnel last weekend.

The cancellation did at least allow Norris to get to Macau in time for first practice, despite a 20,000km dash.

"I had just got to the hotel in Brazil and was having a nice bath," Norris told Autosport about the cancelled test.

"I was reading the instruction manual to get used to all the buttons on the steering wheel of the McLaren, as it takes quite a bit of time to get used to.

"Then I got the call that it got cancelled - which is some ways is understandable.

"It wasn't the safest thing, and for everyone's safety it was a wise decision to do what they did.

"So I went back to having my bath, and then sorted out getting to here in time for free practice. I can say that I literally went to Brazil for a bath!

"If anyone asks what is my best travel tale - it's going to Brazil for a bath. It is a good story to tell."

Despite being able to laugh about the Brazil trek, Norris admitted that the travel to Macau had taken its toll on him. 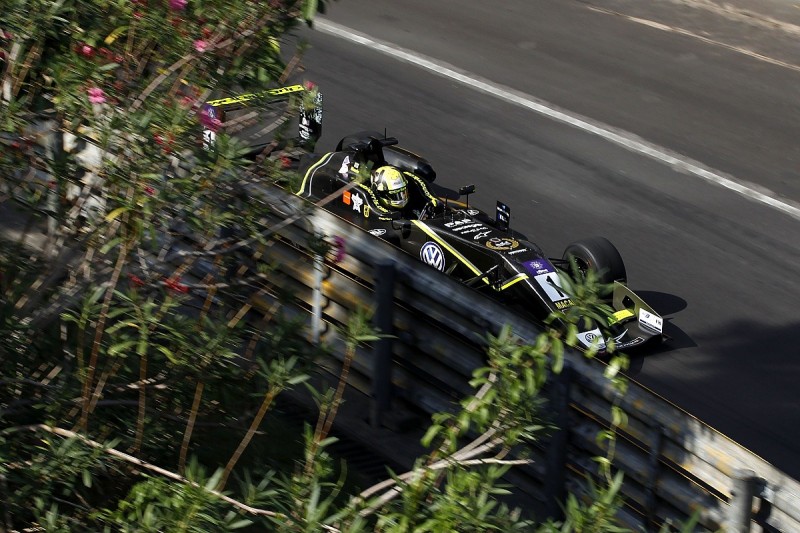 "It was difficult but I am much happier now," he said after taking provisional pole position. "I am pretty knackered because it is a long way from Brazil.

"I went Brazil to Paris, Paris to Shanghai, and Shanghai to Macau.

"And although I had a pretty good plan for the jet lag and sleeping at the right times, it is still mentally draining just doing all the travelling.

"So I got here at 4pm yesterday just in time for the briefing. But today I have struggled. I woke up early, and I've been really tired.

"But today's result has perked me up a bit more. It is a good way to start. Hopefully I will be in a better condition and can do a better job from tomorrow."

Norris is favourite to win the 2017 Macau Grand Prix, and the latest edition of The Autosport Podcast looks into the McLaren Formula 1 prospect's chances and the drivers who could stop him.

The strengths that have made Norris such a formidable driver in the F3 European Championship this year are explored in depth, as are the pitfalls that can make winning Macau a big challenge no matter how strong the driver and team.

We hear from Callum Ilott, who proved his Macau pace over the previous two events and explains why he will be trying to take a "tamer" approach to this edition.

The prospects for Norris's other key rivals, including Joel Eriksson and Maxi Gunther, are also explored.

The Autosport Podcast is available to subscribe to free via iTunes and other podcast suppliers - simply search for 'Autosport'.