He made his F1 testing debut with McLaren this year, having won the 2016 McLaren Autosport BRDC Award.

"It'd be really cool," Norris, who is likely to race on F1's Formula 2 undercard next year, told Autosport.

"I would like a couple more tests, but after my Hungaroring test in August I know what to expect now, and know how to go into a test day and maximise it.

"I can get on the pace quicker, have more feeling for the car, and if anything did happen and I did get chosen I'd be confident I could jump in and be the third driver." 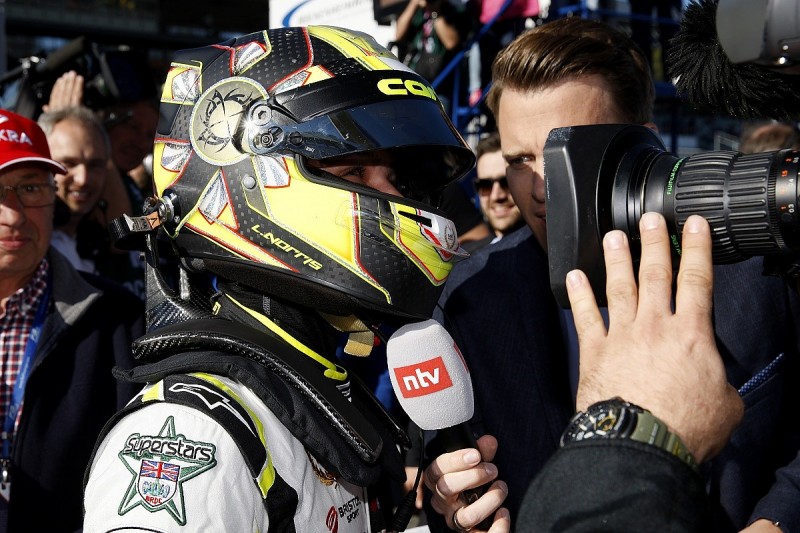 Norris says that he never expected to be in a position to win the European F3 title when he started the 2017 season.

The 17-year-old wrapped up the Euro F3 rookie title as well as the overall crown in the first race of the Hockenheim finale, and insisted he was only realistically targeting a top-three position.

Norris, who came into F3 with Carlin after winning the Formula Renault Eurocup and NEC titles in 2016, became the first Euro F3 champion since Edoardo Mortara in 2010 to win it with a team other than Prema Powerteam.

Carlin had a major regroup after a disastrous 2016 F3 campaign, in which it even missed some races, before rebounding in style by carrying Antonio Felix da Costa to victory in the end-of-season Macau Grand Prix.

"It's been a very good year for me," said Norris, "and it's been much better than me and the team expected.

"For Carlin to come back from such a poor year last year to win the championship, I can't really give them enough credit.

"This is my best championship, because I've had to work much harder for it.

"In all the previous years [including his MSA Formula title with Carlin in 2015], I've been with a team I knew could do it, and this year it was almost a slight gamble to race for Carlin.

"I don't think the championship was even the target at the start of the year - finishing in the top three would have been good."

Norris also confirmed that he will remain with Carlin for November's Macau GP, which he contested as newly crowned Renault champion in 2016.

"Last year as a rookie it was quite tough against some very experienced opposition, but now as a team we've improved a lot, we've got a good understanding for street tracks - we were very strong at Pau - and our pace will have improved.

"I'm really looking forward to it and of course I will go hard for the win."