The Russian rescued a big haul of points for the local outfit after his team mate Pierre Gasly retired with an early engine problem while running in fifth place.

Kvyat started from eighth on the grid and was in seventh place when the race resumed after a late safety car period.

Helped by his fresh tyres, he jumped Sergio Perez, Alex Albon and Charles Leclerc to finish the first lap after the restart in fourth place, but was unable steal third place from Renault's Daniel Ricciardo.

It was his best result since he finished third in a high-attrition race in Germany last year.

"It was good race, it was a good, strong result," he said.

"Of course, now I'm talking and thinking more about the podium, because it was so close.

"[It was] really, really difficult on the restart, but I managed to do some good moves. Daniel just warmed up his tyres.

"It was very hard, very close until the end, but I had to do some brave racing today. I had some fun today."

Regarding his charge following the safety car period - that saw a particularly bold move on Leclerc - he explained: "I said, 'I go for it now,' after the restart.

"I felt the confidence, I like the old school tracks. Maybe I'm just an old school guy in the wrong time!" 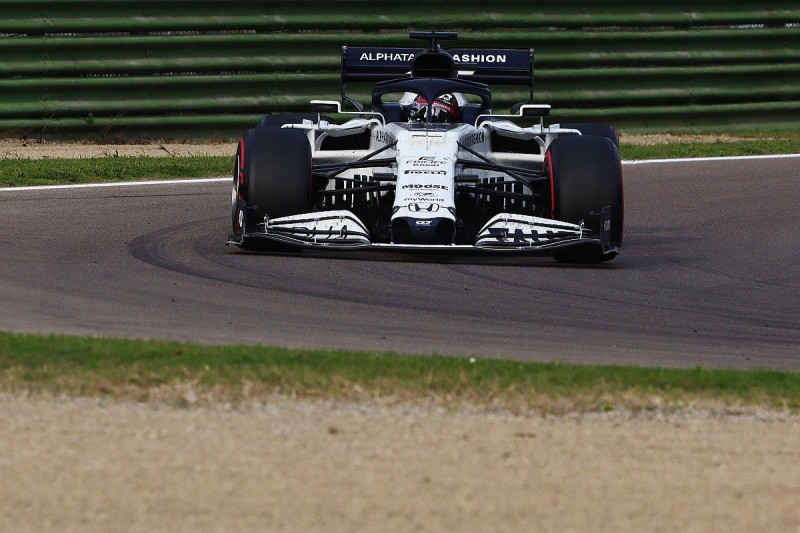 Kvyat feels that AlphaTauri's form has been improving in recent weeks, as the team continues to develop its understanding of its AT01 chassis.

AlphaTauri currently lies in seventh place in the World Championship, just 14 points behind Ferrari, and beating its compatriot team remains a target.

"I believe always more and more in our potential," he said.

"As a team, and me as a driver. And I keep feeling better in the car through the year.

"There are some things that we understand - I mean, my side of the garage understands now - I wish we understood them a bit more in the beginning, how to make the car work a bit better, but we really got there, since Spa it was a good step.

"Pierre has been very fast this year. But since Spa, if you look at it, we were really close and very competitive. And it was a good race today.

"It's very important for me to get this weight out, like a very strong result, very strong race, and I'm happy."

"We recovered only a couple of points today. Better than nothing. Of course, I think it's going to be a very close battle until the end. It seems like our pace is similar.

"Sometimes in qualifying they look impressive, but in the race we catch up. We'll try to do our best to beat them in the championship.

"Of course that's a target, but we know it's not easy, and we cannot think about it too much. We just need to focus on our job."