The AlphaTauri driver was swiped by Grosjean on the run out of the opening corner sequence in Bahrain, and that impact turned the Haas car right into the crash barriers.

Grosjean's car then split in two as it went through the guardrail, erupting in flames as the Frenchman had to move quickly to get himself out of the blaze.

He was flown by helicopter to hospital with light burns and suspected broken ribs from the impact.

Kvyat said that he had been initially upset about the way Grosjean had hit him, but said it all changed when he saw what happened behind him.

"[It] was a scary moment," Kvyat told Sky. "I saw him [and] at first I was very angry that he came across like this. I thought "What is he doing?"

"But then my mind changed immediately when I saw in the mirrors the fire. I was just hoping he was okay.

"I immediately didn't like what I saw in my mirrors and we're glad... I'm glad he's okay. Honestly. Really, this just reminds you what we do is dangerous." 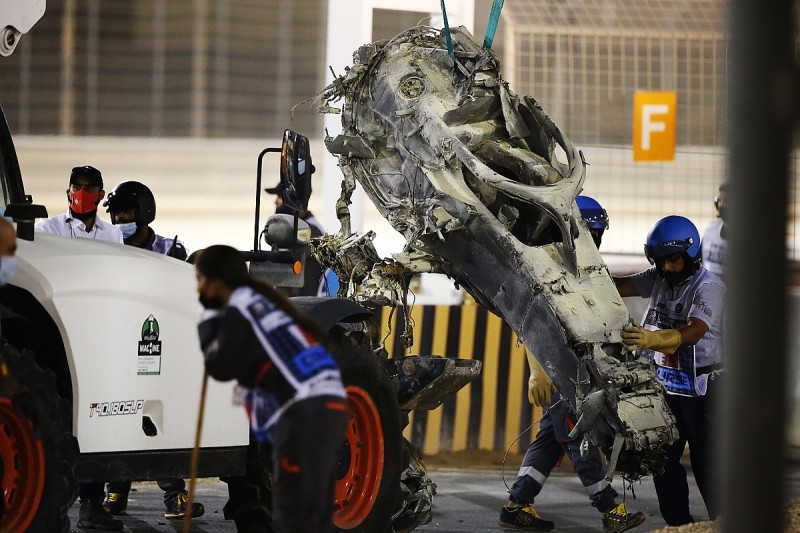 Kvyat was involved in another incident at Turn 8 when the race restarted, as he tangled with Racing Point's Lance Stroll - tipping the Canadian upside down.

The race stewards handed him a 10-second stop-go penalty for his part in the crash, something which he did not think was fair.

"I don't share the stewards view on that," said Kvyat. "I think I had nowhere to go.

"I already put my whole car on the inside kerb. He on the other hand, he knew I was in there, but he turned in as if I wasn't there. So I'm a bit upset with this decision.

"It kind of ruined my race, because I had a great second start, I was again back in the game, but this penalty just ruined everything."

Stroll escaped unhurt from the incident, saying it looked much worse on television than it was from the cockpit.

However, he said he saw nothing of what happened, as he felt he had turned in normally.

"Yeah, I mean, I didn't see anything," he said. "I couldn't see him at all. I was halfway through the corner when I got hit. So yeah. It's just a shame.

"You know, we've scored two points since Monza, and there was a time where we were, you know, fourth in the world championship and things were looking really good.

"Since then, it's just been a disaster. So, I don't know what else to add. We just have to focus on the next one and try and put an end to this run of bad luck and, yeah, move forward from this." 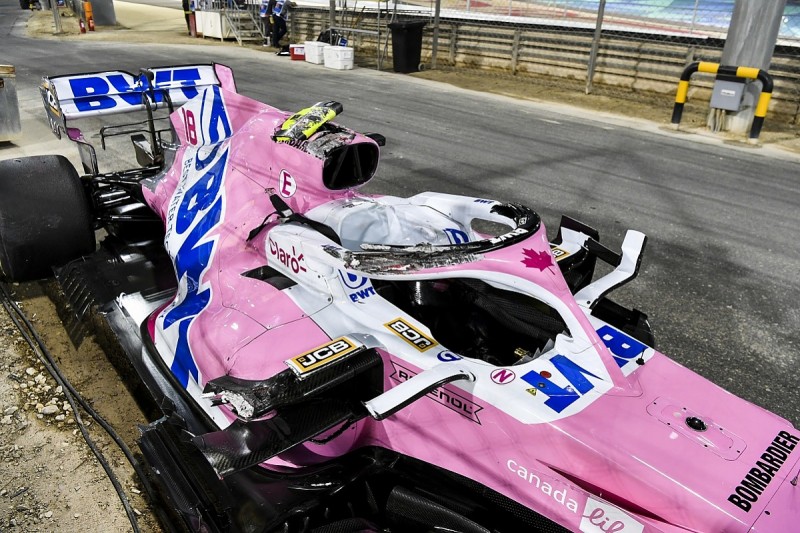