Heikki Kovalainen has emerged as favourite to replace Kimi Raikkonen at Lotus for the rest of 2013, although the team's final decision could wait until the day before Austin practice

The Finn has moved into pole position for the seat after a potential deal with Nico Hulkenberg fell through.

Following a frantic week of talks between Lotus and numerous drivers to work out who is best to stand-in for the races at Austin and Interlagos, Kovalainen is now close to a deal that would see him back racing for the first time since 2012.

With Raikkonen only announcing last weekend that he would not finish the season, Lotus has faced time pressure to find a suitable replacement that would give it the best chance of beating Ferrari to third in the 2013 Formula 1 constructors' championship.

With it currently lying 26 points behind its Maranello-based rivals with two races to go, Lotus felt that it needed a driver with experience to ensure it grabbed any opportunities that came its way.

Reserve driver Davide Valsecchi has never raced in F1 and, with pressure to deliver instantly, it was felt that it was not the right time to move him up to a race seat.

AUTOSPORT understands that advanced talks were held with Hulkenberg, who even visited the Enstone factory earlier this week as Lotus closed in on a deal to move him from Sauber.

However, Hulkenberg changed his mind at the last minute and elected not to take up the Lotus offer. 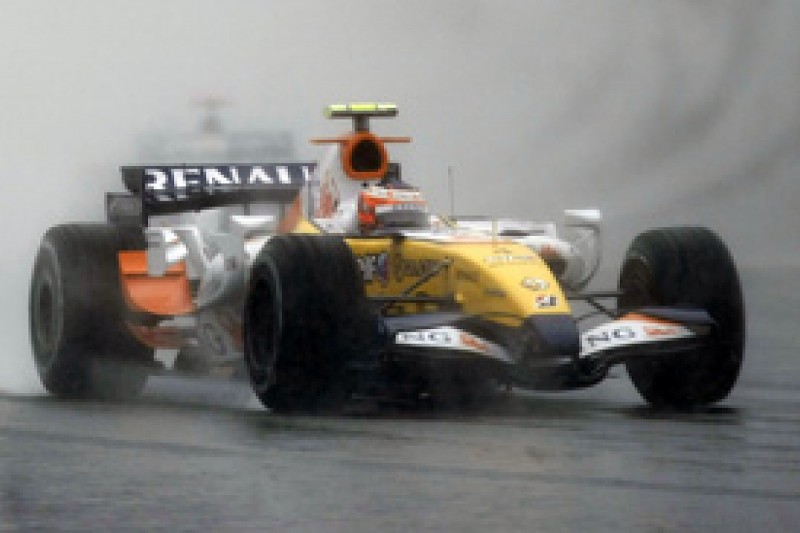 Kovalainen's recent experience of F1 machinery - having driven six Friday practice sessions for Caterham - allied to the knowledge of how a front-line team operates has made him an obvious candidate.

The Finn also has good knowledge of how Enstone functions, having been the then Renault team's test driver in 2006 and raced for it in '07 - securing second place at that year's Japanese Grand Prix (pictured).

Although talks with Kovalainen are progressing, a final green light on him racing may not be made until Thursday while Lotus sorts out contractual matters.