Grosjean was disappointed in the closing stages of the race when, feeling he was quicker than Raikkonen, the team resisted his call to have second place given back, having lost it to his team-mate following a mistake.

This came despite other occasions earlier this year - most notably in Britain and Germany - where Grosjean was ordered to let Raikkonen through because he was faster.

Well aware that emotions were raised by the situation, Lotus trackside operations director Alan Permane spoke to Grosjean after the chequered flag to tell him to 'smile' on the podium and that matters would be sorted out in the team offices.

Speaking following Sunday's night debrief, Permane said that Grosjean had fully understood the situation and that a line was now drawn under the matter.

"He was annoyed - and justifiably," Permane told AUTOSPORT. "We have let Kimi past him a couple of times this year, and those have been with good reason when we have had a shot of overtaking.

"We did it at the Nurburgring where we thought Kimi had a shot of beating [Sebastian] Vettel, and we did it at Silverstone midway through the race when Kimi was much quicker.

"But there wasn't a realistic chance of beating Vettel today and that is why they were racing to the end.

"Romain was probably frustrated with himself, and that is why I put a little message out at the end to calm him down. 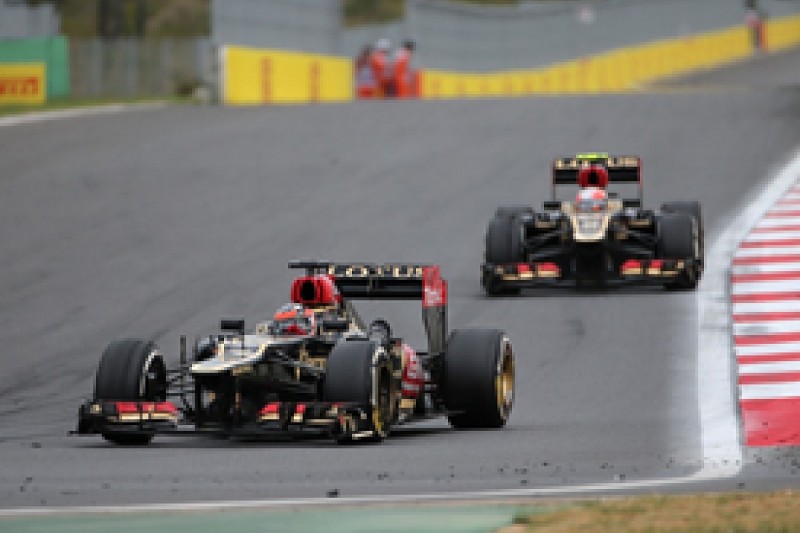 "And he is absolutely fine. We could have had some hysterics back here [in the debrief] but there was nothing. He said: 'I know I made a mistake and I will learn from it'."

Permane praised the job that Grosjean had done in Korea - qualifying in the top three and looking set to finish second only to Vettel before Raikkonen was helped by the safety car phase.

"Kimi got lucky, but Kimi puts himself in a position to make the use of that luck. So good for him as well," said Permane.

"For the team it really doesn't matter. We made a big haul of points on Mercedes and Ferrari today, which is great."